It looks like history is repeating itself in the case of McDonald's latest Happy Meal promotion.

On 2 August , McDonald's posted on its Facebook page that it would give away a free Sundae with every purchase of a Happy Meal on 4 August.

The one-day promotion was applicable from 4am Sunday morning to 12 midnight, with McD intending to make it a special ‘Sundae' for the whole family.

Th ad also carried a footnote saying that the offer is not available through McDelivery web ordering, Sundae's topping may vary and while stocks last.

However, yesterday evening, its Facebook page was bombarded with complaints mainly about staff at certain stores such as Cheras, Kuchai Lama, SS2, Serdang, Puchong and Seremban, among others, who were not aware of this promotion.

Some complaint they'd spent hours in queue, only to be told by McD staff that they had no clue about the promotion.

Some also mentioned that some store staff claimed that the promotion would only be available at 1pm instead of 4am as stated on the Facebook page.

When contacted by A+M, McDonald's Malaysia wrote, "We have received feedback that some customers were unable to enjoy the free Sundae. We apologize for any inconvenience caused and are rectifying the highlighted situations with the restaurants concerned to prevent a future occurrence. " 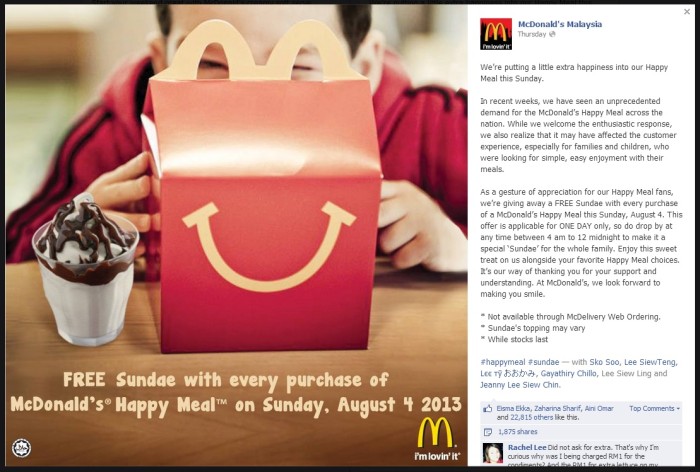 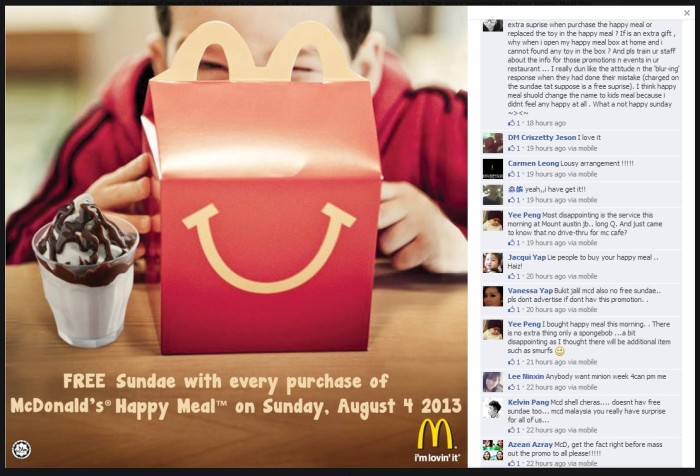 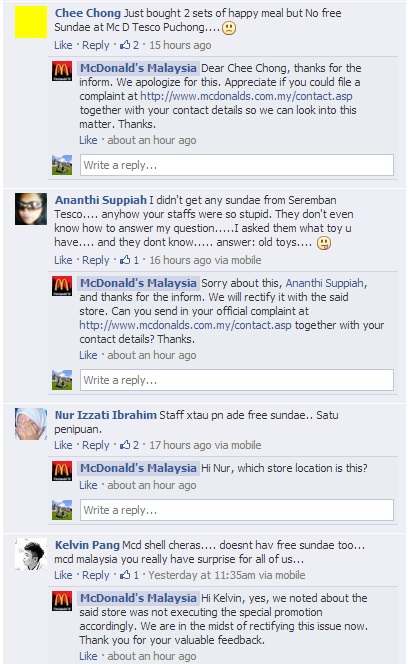 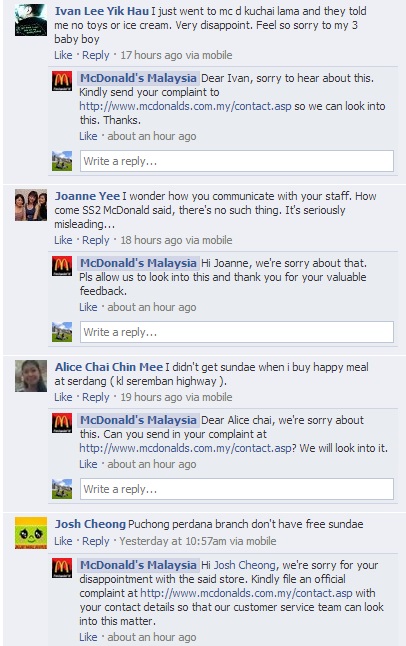