Etiqa, the insurance arm of Maybank Group, has launched a new campaign with the help of local creative agency Blak Labs. The campaign aims to depict the power of promises.

The campaign which runs on OOH, print and radio has the tagline “Promises made, promises kept”.

“Our goal is to help people fulfill the promises they make to themselves and their loved ones,” Shirley Tan, head of marketing at Etiqa said. “Blak Labs has created a campaign which puts consumers at the heart of everything we do, speaking directly to their aspirations, hopes and dreams.”

Take a look at the campaign: 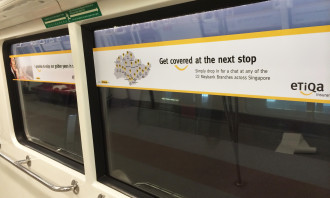 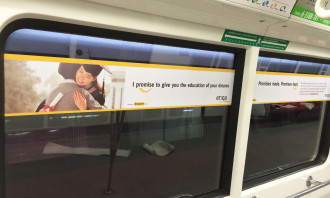 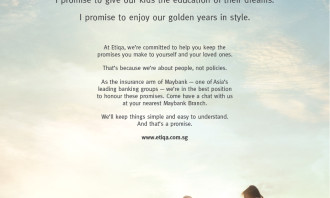 Maybank expanded its regional footprint with the launch of Etiqa Life Insurance in Singapore earlier this month. It has commenced operations and is now selling its life insurance products at Maybank’s 22 branches in Singapore. This marks the company’s foray into the local life insurance market.

The launch of Etiqa comes at the conclusion of Maybank’s 10-year partnership with Prudential Assurance. Under the agreement of 2004, Maybank exclusively offered Prudential’s life insurance products through its sales channels in Singapore.

Etiqa has been providing general insurance solutions in Singapore for the past 50 years as a branch of its Malaysian office.

Through the integrated campaign, Ericsson hopes to promote brand awareness amongst upscale audiences. ..

Carlsberg kicks off its CNY treats with a horse race

Carlsberg canters its CNY campaigns with a horse race and production..

A round up of the 10 most popular ads for the year and a guide to what it takes to top the list. ..

Starting with the Spring Summer 2015 Collection, the brand will develop a new 360- degree project to push for international growth..

Which is your favourite ad?..