Asia is a fast growing region which has caught the attention of several brands and publications around the world. As such, it comes as no surprise that the South China Morning Post (SCMP), a publication well known for covering news from international business to politics, is now gearing itself for a more holistic coverage of Asia.

Nonetheless, recognising its myriad of cultures, languages and diversity, panellists at a recent SCMP event, done in partnership with Marketing, said localisation was still key.

On a panel moderated by SCMP’s CEO Gary Liu (pictured left), Procter & Gamble’s (P&G) associate brand director, Dominique Touchaud (pictured right), explained his company assesses each market it has a presence in, independently. It then launches products that cater to specific demographics, and lifestyles, and those countries.

While the company is American, Touchaud was quick to add that given its long presence in Asia, the teams are highly localised in each market, and they aim to reflect the culture of that market. In addition, P&G’s products are also ultimately manufactured in local markets. All of this sees the brand resonating strongly in the Asia region.

“You have this unique sentiment in Asia no matter which country you go to, tomorrow will be better than yesterday. And this sentiment is shared by our employees across the region,” he said. 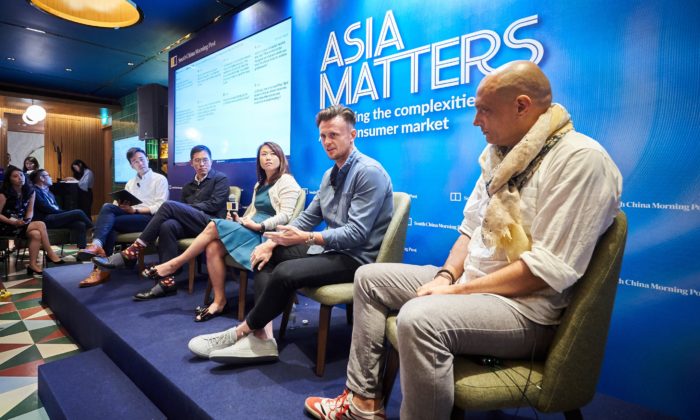 Also present on the panel was Netflix’s APAC director of marketing, James Rothwell (pictured second from right), who said that global brands were attracted to Asia because of its scale, but often struggled because of its diverse nature.

He said, “Asia is a region that really challenges the concept of scale and how to turn that scale into true opportunity. One of the reasons why some fail here is because of the diverse tastes of the region, but that is precisely what gives Asia its edge when it comes to content creation. We see this as a great opportunity to invest in the amazing storytelling from this part of the world, and leverage our global scale as a platform to bring Asian content on to a global stage, such as Sacred Games, Triad Princess, Delhi Crime, The Stranded, Kingdom, and many others.”

Chng Kai Fong (pictured second from left), managing director, Singapore Economic Development Board (EDB), agreed with Netflix’s Rothwell, saying: “For those without experience, Asia can be a difficult region [to navigate] because every single country has its own peculiarities, its own quirks, its own power structure.”

He added that there is a sense of pride in Southeast Asian brands, and that global brands need to localise themselves in markets they aim to build a presence in.

“I’m hoping to see more local companies [in the next five years], because there is a certain sense of pride in Southeast Asian countries when we see local heroes emerging. I’m also hoping that more MNCs actually localise themselves like P&G has done, running global products but with a hyper-local approach in each market.”

The EDB often advises companies looking to break into the region to find good partners on the ground and work with them. “If you are three guys in a garage trying to start the next Google, it is probably not going to work the same way here [as in the US],” said Chng. 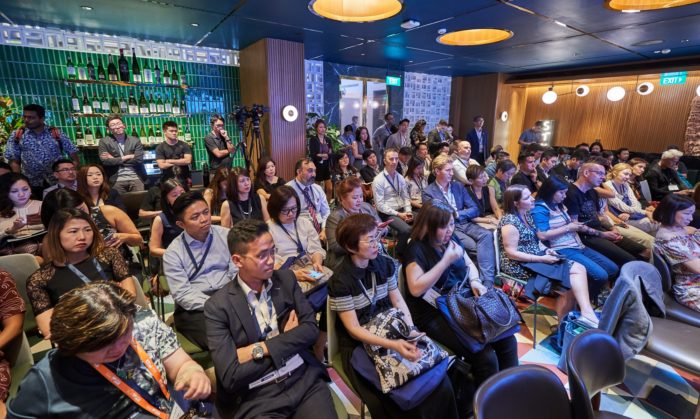 Meanwhile, giving a local Asian powerhouse perspective was Grab’s group vice-president of marketing, Cheryl Goh (pictured centre), who echoed the sentiment saying that a strategy for the ride-hailing brand was to enter a market and understand the problems that locals faced and try to tackle them using its own resources and technologies.

“Another big part of localisation for companies breaking into Asia markets is about understanding local regulations and working with the government or partners,” she said.

She explained that in the transportation industry, given its breadth of touch-points with everyday consumers, the team is able to work with other companies to deepen the understanding of the market and be the “partner of choice”. A particular example she cited was the regulations of ride-hailing services in Malaysia where the nation introduced new regulations which require passengers to take selfies – something unique to Malaysia alone. Grab had to localise its service to make room for “selfies” to be implemented on its platform.

Meanwhile, SCMP’s Liu also added that for the 115-year-old media brand, whose mission is to lead the global conversation about China, it is now looking to grow its Asian audience to represent more Asia voices.

As such, the company is now exploring “the plurality of perspectives” coming out beyond China and from Asia as it looks to provide a platform for a comprehensive and intelligent discourse. He added that consumers in the ASEAN marketplace also care more about domestic news, as it adds a sense of relevancy to their lives.

“Where SCMP comes into play is when there are domestic issues that we believe are of regional and potentially global importance, we cover them,” he said.

Explaining further, Zuraidah Ibrahim, SCMP’s deputy executive editor, said: “We want to be relevant to Asia and cover news that matters in Asia, about the tension between hyper-local and being sufficiently global in content or products. We have to calibrate to whichever country we operate in.”

As the gravity of the world shifts from West to East, with the rise of China and ASEAN, the company believes that those who understand Asia, are those who truly understand the world.