It seems like marketing and advertising candidates most likely to fib a little in their CVs.

According to a new report by site Adzuna.co.uk, which spoke to 3,587 participants either in, or looking for, employment, when asked if they had lied on their CV, a staggering 37% of respondents admitted to doing so at some stage in their professional career. Of those that had lied on their CV, 83% said they still got the job, with 43% stating that their lie directly contributed to them bagging the role.

The site went a step further and profiled which professions were most likely to lie on their CVs. According to the results, they are usually male (58%), aged between 25 to 34 years old (34%), and looking for a job in marketing or advertising (17%). 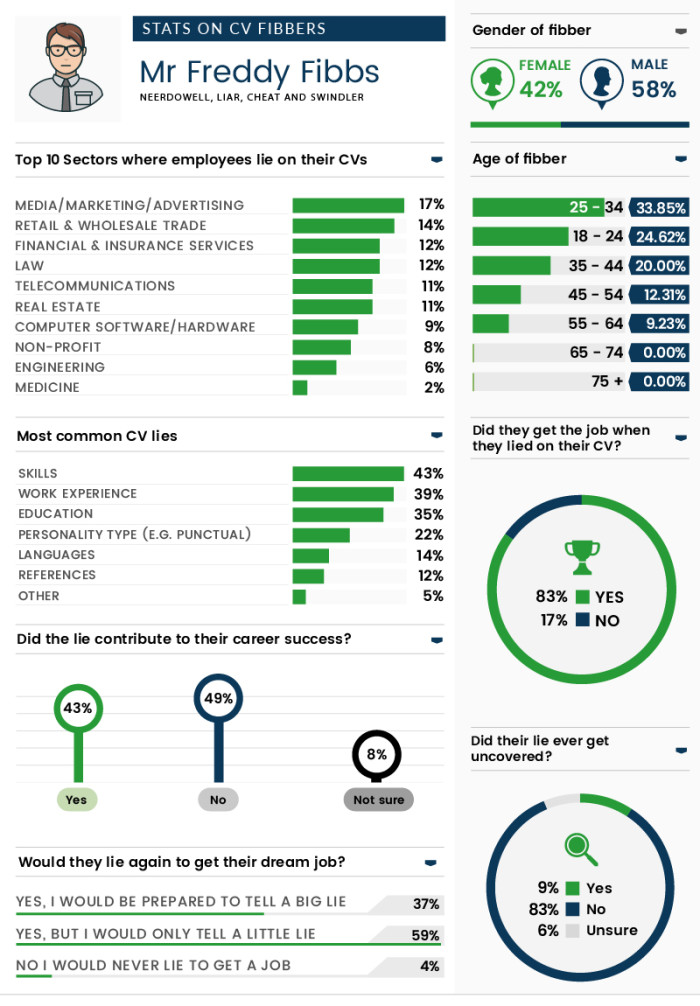 Skillset is the areas most lies were spun upon on people’s resumes. For example, being proficient in Excel (43%), their work experience (39%) and then their education (35%) were areas where candidates fluffed a little.  According to the survey, 96% of CV liars said they would do it again with 37% revealing they would be prepared to tell a “big lie” to get their dream job.

Moreover, lies are being missed by HR departments, 83% of candidates who lied on their CV, say their falsehood was never discovered and that is because almost half (48%) of HR professionals admit to not always checking an employee’s qualifications and only 62% believe you should check references, says the press release.

This article originally appeared on HumanResourcesOnline on 15 March, 2018.