In conjunction with Chatime's 100 Outlets Celebration, Chatime teased its Facebook fans with a viral post on 4 July 2013. It read:

"My boss says if this post HITS 1000 SHARES, Chatime will give out FREE DRINKS!!"

Leveraging on more than 116,180 current Facebook fans, the Facebook post was aimed at generating hype and awareness to the public of the celebration, which will be held at selected Chatime outlets nationwide for two weeks from 20 July 2013.

Bryan Loo, managing director of Chatime Malaysia, the "boss" referred to on the Facebook announcement, said this campaign is a way to reward the brand's customers who he credits for the brand's success.

The amount of shares exceeded 1,000 within a day and Chatime decided to proceed with the second phase of the campaign on the following day.

Fans were challenged to hit 5,000 shares, and 10 Samsung Galaxy S4 and 150,000 BPoints were offered. this was achieved and as a result, Chatime will be giving away free drinks for 10 consecutive days from 8pm onwards at selected Chatime outlets in Malaysia starting 20 July 2013. The venues will be announced on Chatime Malaysia FB page in due course.

At the launch of the Chatime 100 Outlets Nationwide Celebration stores in Malaysia, Loo said the brand targets to increase its presence at high-traffic areas where more tea-drinkers will have access to its beverages.

The celebration is promoted via several activities such as the launch of its FruiTea Fuel Up! series from 12 July 2013. On the same day, the first 100 Chatime Thirstea members at each of the 100 outlets received 100 Bpoints, courtesy of Bcard.

It will kick off a celebratory roadshow at selected outlets from 20 July 2013, where 100 customers will receive free drinks and lucky draws for a chance to win smartphones, goodies and merchandise, as well as 100BPoints.

The roadshow contributions are sponsored by U Mobile, BCard and ChurpChurp as partners of the 100 outlets celebration.

Chatime hopes to open 250 outlets and diversify its product offerings in order for it to be a household name in the next five years. 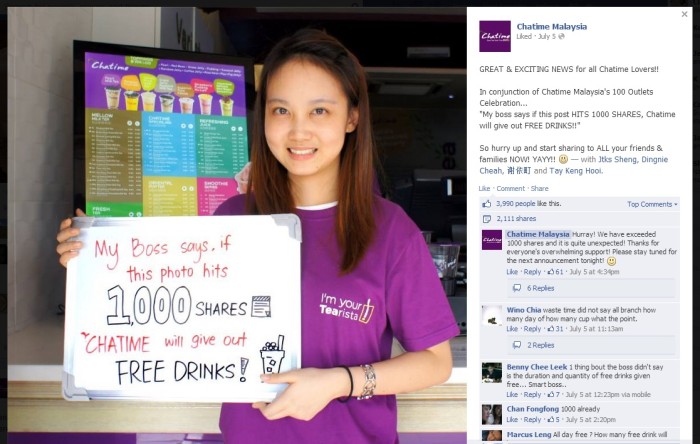 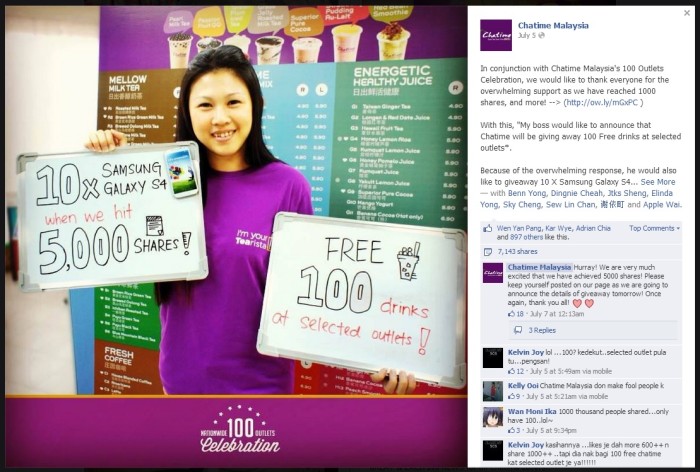 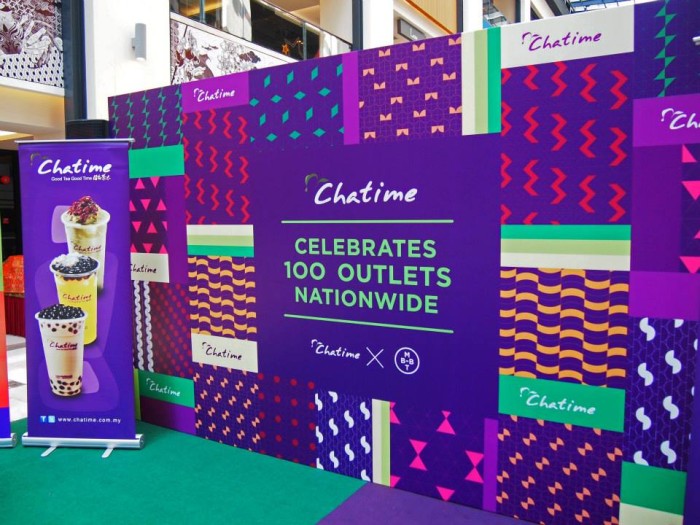