After three weeks of silence, YouTube content creator Logan Paul has made a return to the video platform. This followed the suicide forest debacle which saw Paul landing himself in a major PR storm and getting pulled from the Google Preferred program.

In the new seven minute long video, Paul featured suicide survivors he met during his three-week reflection along with interviews with suicide prevention experts. It was also prefaced with Paul addressing his suicide forest scandal which prompted the creation of the video. Towards the end of the video, Paul pledged to donate US$1 million to the suicide prevention cause, the first US$250 million going to the National Suicide Prevention hotline.

At the time of writing, the video garnered 12,549,472 views, 1 million likes and 295,000 dislikes. A check by Marketing also found to be the seventh trending video on YouTube.

Responses to the video so far have been mixed. While some netizens lauded Paul for raising awareness and making a donation to the cause, others questioned his sincerity. Some netizens were also quick to observe that the video was a PR move in order to recover his brand image.

In addition, Paul was also criticised for not addressing the disrespect he showed towards Japanese culture during his visit to Tokyo in previous vlogs which are still available on his channel. In those vlogs, Paul was seen to be disruptive to the Japanese public, going as far as throwing plush Pokeballs at passerbys, including a local policeman.

Other netizens also condemned Paul for being one of the factors to YouTube’s recent move to tighten its video monetisation policies – a move which affected 5% of content creators on the platform. Previously, to qualify for YouTube’s partner program, channels only had to reach 10,000 total views to be eligible.

So I’m putting you on the spot @LoganPaul – if you are truly changing, then it should show in every video you make from here on out. It DOES NOT END with a well timed PR piece, where you wash your face and hands in slowmo, have a new haircut, and speak with a somber affectation. 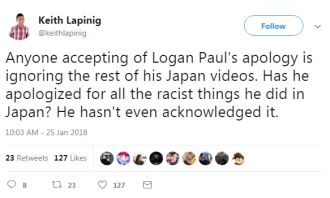 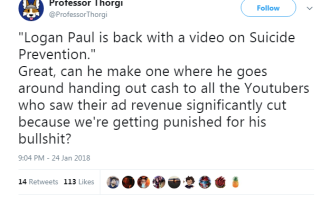 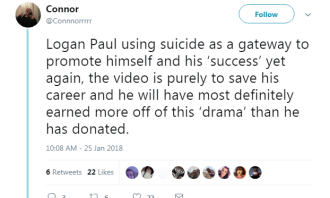 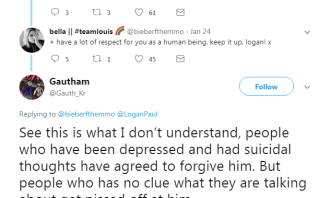 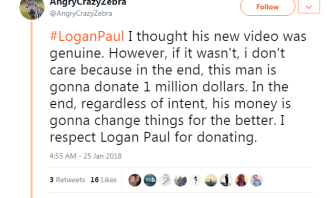 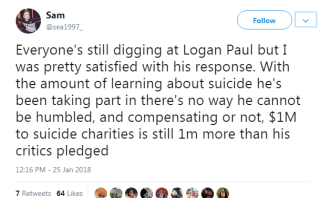 Earlier this month, Paul landed himself in PR trouble when he uploaded a graphic video containing the body of a suicide victim, which was also included in the video’s thumbnail. Following the move, YouTube condemned Paul’s actions, removed his channels from Google Preferred and from YouTube’s Originals series which Paul was starring in.

Although Paul apologised for his actions, YouTube was also thrust into the spotlight for allowing the graphic video to appear on its top trending videos page and subsequently taken down for violating community guidelines. In the marketing landscape, the move also prompted conversations about brand safety and video monetisation.

Just six days after the debacle, YouTube revealed three new measures in a bid to tighten its control on how its videos are monetised on the platform. This included stricter criteria for monetisation on YouTube, more content vetting on its Google Preferred program and simpler and more transparent controls over ad placement.

Optimistic outlook for 2018 retail sales in Hong Kong, to increase up to 6%

Mixed fortunes for The Economist in 2015

Feng Wang, the former online editor at the South China Morning Post, takes on the role of editor-in-chief at FTChinese...

it will also launch about RM610 million new investment properties including healthcare, commercial and hospitality assets...

The campaign was kicked off on 1 August in Hong Kong, unveiling a wide array of exclusive products and experiences from more than ..