Leo Diamond confronts audiences with a flood of tears

Luxury jeweller Leo Diamond is linking its product to pain in a confronting new campaign aimed to remind people that pain can make us stronger.

The US-based diamond maker, distributed by Mabelle in Hong Kong, has called on some 30 women to share stories of hardship in a campaign that spans video and outdoor.

Among the 30 ambassadors are three local celebrities including model Cecilia So (蘇麗珊), singer Yuki Lovey (勞嘉怡) and sing er and actress Joyce Cheng (鄭欣宜), whose faces capture the meaning of the campaign’s key outdoor visuals on bus shelters, each completed with a quote to describe their painful story. 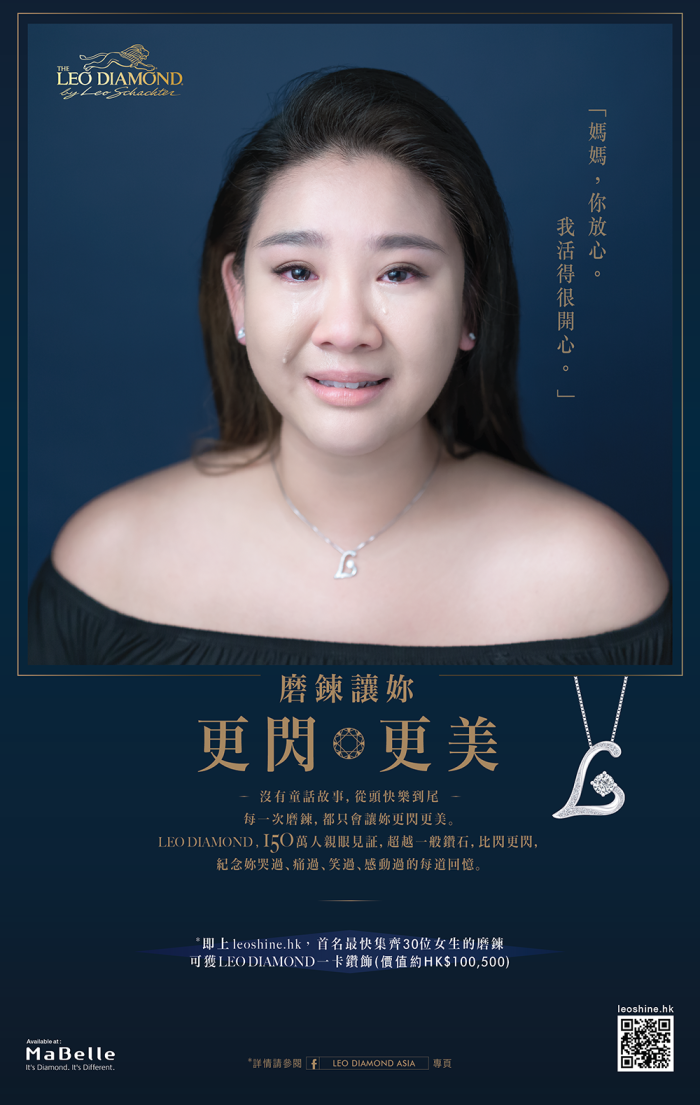 So: “Once you are labelled as a model, all the hard work you’ve done in the past would be worthless.” 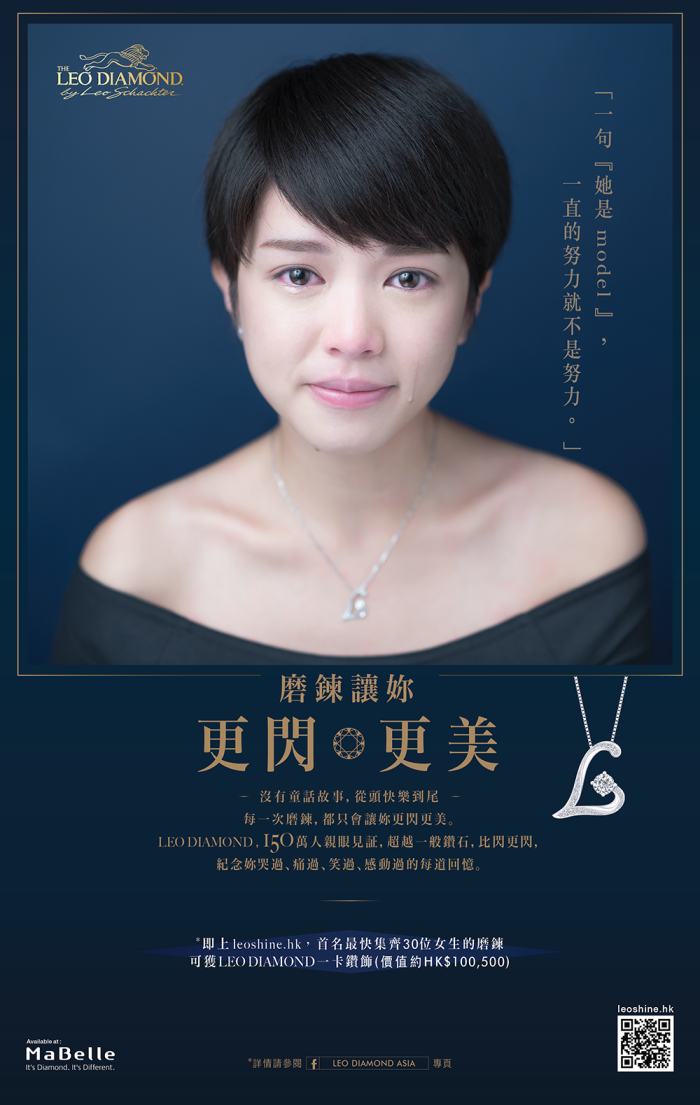 Yuki Lovey: “‘You’ll make it’ – I’ll spend my whole life trying to prove what you said to me before you left, is true.” 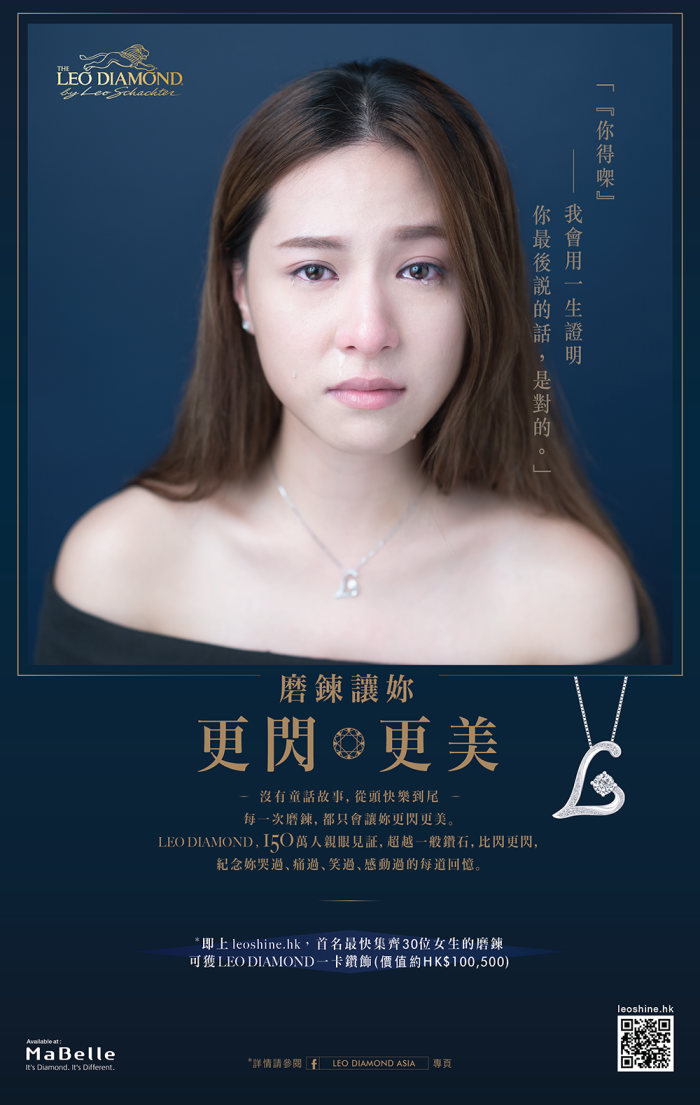 The campaign runs with a city-wide treasure hunt on the company’s mobile site, which will see an one carat diamond given to the first participant who successfully captures all the 30 ambassadors crying visuals that are scattered around the city on Facebook, bus shelters and in Mabelle stores, by following the hints on the site.

What you need to know about ASAS' digital & social media guidelines

Twitter: AI and other 2018 marketing trends that Filipino marketers should know about

In 2018, the key to navigate customer conversations is by being live, predictive, and personalized. Businesses and brands witnesse..

In its seventh year, the MARkies Awards are here again to celebrate the most innovative, creative and effective campaigns and proj..

The satellite was scheduled to launch on the Falcon 9 this weekend...