Television remains as the media of choice of brands in the Philippines, accounting for over a quarter of the total advertising expenditures in the country for 2013. 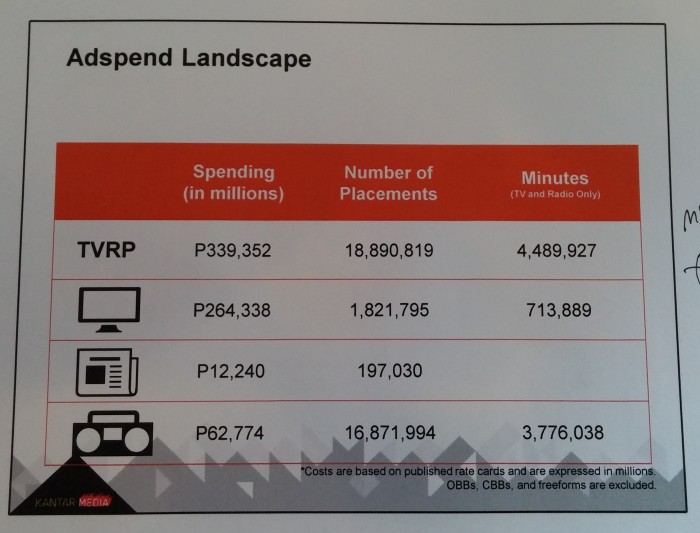 Unilever Philippines is country’s biggest TV ad spender in the Philippines in 2012 with P48.3 billion. With the exception of pharmaceutical giant United Laboratories, the rest of the top five are FMCG heavyweights, namely Procter & Gamble, Colgate-Palmolive and Nestle. 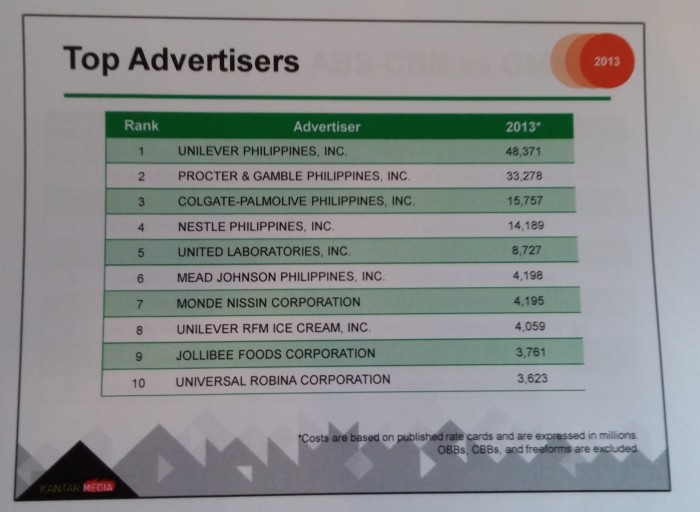 Drilling down to specific brands, Palmolive Shampoo and Conditioner was found as the biggest ad spender with P5.8 billion. Another Colgate-Palmolive brand, Colgate Toothpaste, was in the second spot with 4.6 billion, with Surf Detergent bar close behind spending P4.5 billion. 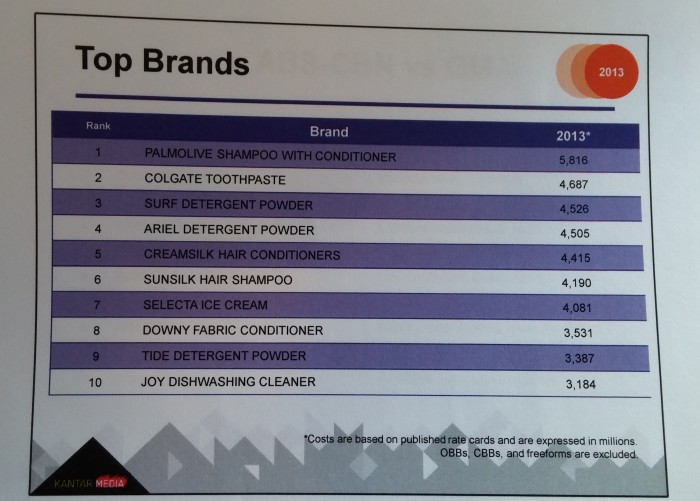 Detergents and hair shampoo brands were also the biggest spenders among product categories that Kantar Media reviewed in the study, with P24.2 billion and P23.3 billion, respectively.

Started in 2012 with a June-November period study, comparative year-on-year figures for the report were not available, according to Kantar Media.

With the widest reach and advertiser interest, Gabriel Buluran, Kantar Media general manager primarily focused on TV ad spending but clarified that data for radio and print is available by request.