In partnership with The Walt Disney Company (Southeast Asia), Singapore Press Holdings (SPH) and Citibank Singapore, Kallang Wave Mall celebrated its official opening with a line-up of events inÂ 2015. Kallang Wave is managed by SMRT Alpha, a joint venture between the subsidiaries of SMRT Corporation and NTUCÂ FairPrice.

Other Disney campaigns in the pipeline include Avengers, featuring immensely popular Marvel comics superheroesÂ like Ironman, Captain America, Hulk and Thor, Inside Out, and the highly-anticipated Star Wars: The Force Awakens.

“Since our soft opening in June 2014, we have welcomed more than 8 million people through our doors. Kallang Wave Mall caters to a broad spectrum of the community including families, youth and seniors,” said Kuek.

Tan Kian Chew (pictured right), group CEO of NTUC FairPrice said, â€śThrough the partnership between SMRT and NTUC FairPrice on this project at Kallang, we are confident that this development will drive more traffic and buzz to the area, contributing to its success and vibrancy.â€ť

Here is a look at the event: 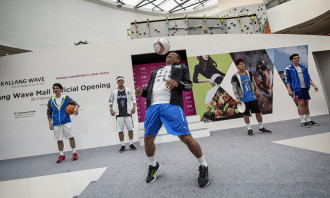 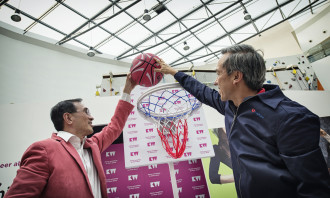 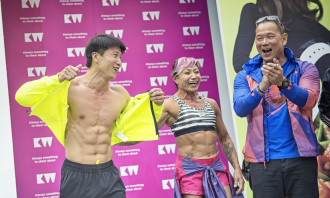 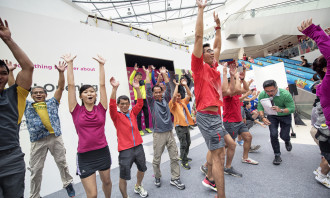 Shee joins DBS from Standard Chartered Bank, where he was CEO of its Indonesian franchise...

During the launch event, the brand invited influencers from Thailand and China.Â ..

McCabe is credited for starting the RadiumOne business across APAC. ..

The third Joy Sale featured a selection of products from brands such as Oreo, Jacobâ€™s, Cadbury and Toblerone...