Following worldwide publicity it got from a travel show aired at CNN, Jollibee Foods Corporation has decided to bring back the Amazing Aloha burger.

The fast food chain announced its return after a four-year hiatus last Tuesday on Facebook and Twitter, with the hashtag #AmazingAlohaisBack. The news quickly spread within 24 hours since the announcement, liked by more than 1,000 people and shared over 500 times as of writing.

A day after, Jollibee launched “Amazing Aloha Craze” where it will be giving a hundred Amazing Aloha burgers today for free in 35 Jollibee stores nationwide in a bid to drive awareness and demand.

Some Facebook users immediately deduced that the comeback of one Jollibee’s premium burgers was partly due to Anthony Bourdain’s praise about it on his show “Anthony Bourdain Parts Unknown” aired at CNN last month.

Bourdain, a respected food critic best known for his no-frills demeanor, tried the burger during his visit to Los Angeles’ Koreatown. He gave the Amazing Aloha, which consists of two beef patties, cheese, bacon, lettuce and a slice of pineapple, his coveted seal of approval, calling it as one “very tasty burger.”

Reports say that the Koreatown episode where the Amazing Aloha was featured brought in a 30% increase in viewership from its premiere week and twice the number of viewers than its time-slot competition on Fox and MSNBC in the United States.

Jollibee patrons have been clamoring on social media for the return of the burger since its exit in 2009.

“Bring Back the Aloha Burger” is one such fan page on Facebook which updates its more than 5,000 members about the developments of their “campaign” to bring the burger back. The page, however, was set up just last 7 May, which is suspiciously near Jollibee’s announcement.

Online posters said the Amazing Aloha will be sold “for a limited time,” possibly for Jollibee to evaluate demand and the market which have changed since its debut in 1996.

Jollibee’s marketing team was not available to comment if they are planning to include Bourdain in their marketing push for the Amazing Aloha. The company’s creative agency of record is Publicis Manila.

ACUVUE’s latest campaign asks Chinese millennials share the one thing they want to change most about themselves, that has prevente..

This is newsjacking done right. ..

SMRT, with the help of the Ministry of Education, has launched a campaign for "SingaporeCreates", a project organised by the Minis..

Prior to joining Mediabrands, he was the global head of Mobext at Havas London. .. 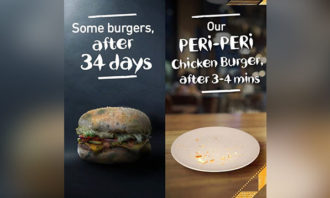 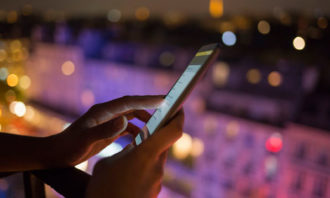 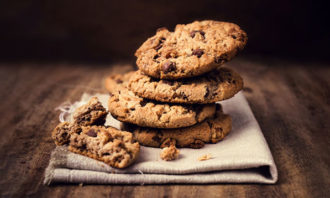