News of Alibaba Group’s founder and executive chairman, Jack Ma (pictured), stepping down to focus on philanthrophic ventures made headlines over the weekend. Social chatter on the matter were also on the rise where according to statistics from Digimind, there were 64,492 online mentions about Ma’s retirement on 8 September and the popular topics trending were “alibaba co-founder”, “executive chairman”, “philanthrophy”, “richest” and “education”.

Public discussions around Ma extended over most regions worldwide, with India (9%), the US (8%) and Indonesia (8%) accounting for the most chatter on Facebook and Twitter outside of China. And of course, Ma’s impact is well known closer to home as he has acted as a digital economy adviser to the Malaysian government in 2016. Meanwhile during the same year, he was also asked by the Indonesia government to act as adviser to boost the growth of the country’s emerging e-commerce industry. 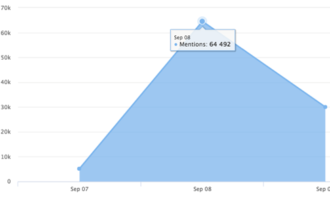 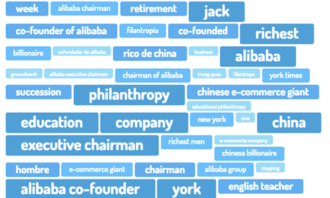 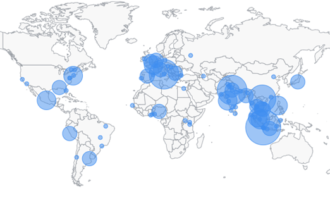 While CEO Daniel Zhang has since been appointed to succeed Ma in September 2019, it is without a doubt that Ma has grown to be synonymous with the brand he founded. The question mark remains as to how Zhang can step out of Ma’s enormous shadow.

Ambrish Chaudhry, head of strategy, Asia Pacific, Superunion paints a positive picture. He is of the view that if a company is able to continuously innovate and perform, it can shine.  Luke Lim, CEO of Louken Group added that leadership transition will be “less of a problem” now since Alibaba’s business is now highly diversified, and Ma has always believed in keeping his team lean and helmed by different leaders.

“It is an astute move for Ma. In fact, it does add value to Alibaba as a whole. Moving into long term education and mentorship will continue to build Ma’s brand equity into Alibaba, despite moving out as a management leader,” Lim added.

The benefit of a “cult leader”

Lim said that given Ma’s impact on the company, the culture he has created will continue even after his departure.

Meanwhile, Fusionbrand’s CEO Marcus Osborne, said while there might be an initial impact on stock price following the change in leadership, it is unlikely the brand’s equity will experience any negative impact in the long run. He said:

I think there will be parallels with Apple and Steve Jobs stepping down.

According to Osborne, it is now an interesting time for Alibaba, which has evolved to become more than just an e-commerce site by diversifying into new ventures, cloud services and financial services, all of these are changing the brand’s essence. Nonetheless, Osborne acknowledge that Ma is synonymous with Alibaba and was promoted as the architect of the brand’s strategy.

“He had a gravitas about him that will be hard to replace. He personified the Asian dream of conquering the world and Alibaba was his chariot and e-commerce was his sabre,” Osborne added.

Meanwhile, Chaudhry added that “the cult of the celebrity founder” is somewhat a double-edged sword, but it has  obvious advantages in getting recognition and visibility for the company and particularly for attracting talent. However, it can be counterproductive if it starts to overshadow other positive aspects of the company.

“Cult leaders” are also able to get people to buy in and align with their vision. So, even if they are not around, their presence and imprint on the company culture remains – and that perhaps is their biggest legacy. Hence, it is unlikely that much will change at Alibaba, especially given the success that Zhang has enjoyed as CEO, he explained.

How Zhang can shine

Chaudhry added that as with Apple, if the new CEO and the company manages to continue to innovate and perform, “even the most revered of leaders can become a distant memory”.

From a communications perspective, it’s crucial that the new CEO Daniel Zhang quickly becomes the new face. To be successful, he has to be given space and limelight to shine to grow his public profile, explained Lars Voedisch, principal consultant and MD of PRecious Communications

Voedisch added that it will be difficult to not only step up on the global stage, but earn trust that he is the right man for Alibaba’s future.

“Zhang might be even more brilliant than Ma – but hardly anybody knows him. That creates uncertainty and markets hate that. So it will have at least a short term impact on their equity,” Voedisch added.

Ma needs to strongly back Daniel Zhang to strengthen his position and needs to avoid commenting much about Alibaba’s business and markets.

This is because too often founders or previous owners can’t let go. “This makes the new leader a lame duck right from the start as everyone would still thinks it’s the founder who’s still in charge,” he added.

Given that different stakeholders will expect Zhang to lay out his vision and plan, he needs to quickly tell the troops where they are being led to and get their buy in.

It’s all about building trust that leads your staff, partners, shareholders to believe that you’re moving the company in the right direction and that they’re willing to follow you.

Serena Williams' meltdown: When should brands draw the line with bad behaviour?

He reports to Melissa Tang, managing director at Mindshare Singapore. ..

In an unsuspected move, Multiply announced that it will be shutting down global operations on 31 May, just months after the former..

Cu is the only Filipino executive to make it to the Power 100 and among the top 10 in Asia. ..

The campaign aims to highlight the emotional benefits of traveling with one’s parents in its business class...