Instagram has rolled out a full-funnel advertising solution following up on its plans first announced in June.

Beginning this month, Instagram will enable advertisers of all scales to run ads on the platform in Asia Pacific and globally.

The platform will offer a new suite of features, including more action-oriented ad formats, landscape images and videos, and the ability to reach the right group, leveraging Facebook’s proven ad management technology.

Instagram advertising will be available in more than 30 additional new markets globally – including Hong Kong, Indonesia, New Zealand, South Korea and Taiwan in Asia Pacific – followed by full global availability at the end of the month.

One company eager to capitalise on Instagram’s business offering is ReFUEL4, a crowdsource ad development platform that works on a pay-for-performance model. It has added Instagram services to its offerings.

Worldwide, Instagram has 300 million monthly active users, according to its own tally, with more than 70% coming from outside the US.

Following this launch, eMarketer estimates Instagram’s worldwide ad revenue will be US$600 million this year with an expected rapid growth throughout the forecast period with this figure reaching US$1.48 billion in 2016 and US$2.81 billion in 2017.

Instagram’s ad revenues are mobile-only, as it does not have a desktop-based ad product. Still, Instagram will account for 5% of Facebook’s worldwide mobile ad revenue this year and 14% of that total in 2017, eMarketer forecasts.

Propelled by a nearly 60% gain in users, Instagram surpassed Twitter to become the second-largest social network in the US in 2014. By comparison, Twitter’s US user base grew just 12.1% in 2014, eMarketer estimates. Growth is expected to continue.

Instagram first unveiled its ads product back in November of 2013, and has been rolling out slowly to eight countries since.

Some of its launch partners across the Asia Pacific region includes:

Programmatic buying: The disconnect between reality and expectations

The appointment covers Singapore, Malaysia, Indonesia, and the Philippines...

Human error is the weak link in cyber-security

While cyber-security has become a major issue, these simple measures can make a huge difference...

Durex rises to the occasion

In conjunction with World AIDS Day on 1 December, Durex has launched the "Raise Up 4 AIDS" Facebook fundraising campaign, which en..

This new arm aims to bring the agency together as a one-stop shop for all post-production work...

The agency won the account in a pitch against Isobar China and Jung von Matt... 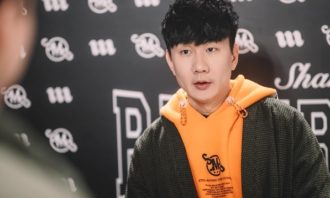