Content streaming service iflix has completed a US$133 million funding round as it continues to deliver on its vision of bringing the world’s "best entertainment" to its audiences. The new round brings total funding raised by iflix this calendar year to an excess of US$220 million. Proceeds from the round will be used to invest in its local content strategy.

The latest funding round, which attracted significant interest from both new investors and existing shareholders, was led by Hearst, one of America’s largest diversified media, information and services companies with investment portfolio such as BuzzFeed and Roku. Other additional new investors include Singapore-based EDBI and clients of DBS private bank. Existing shareholders Evolution Media, Sky PLC, Catcha Group, Liberty Global, Jungle Ventures and PLDT Inc. also increased their investments.

Over the last 12 months, iflix said its service has seen extraordinary growth across all segments of the business, expanding from four markets to 19 across Asia, the Middle East and Africa. The company has additionally built deep integrated distribution partnerships with 27 leading telecommunications operators to bundle the iflix service with customers’ mobile and data subscriptions, all sponsored by the telecommunications provider.

During the period, iflix said it achieved tremendous growth across subscriber numbers and engagement by three folds and two folds respectively, and recorded some of the highest average active mobile viewing durations of any service in the world at 2.5-2.75 hours per session.

The company said it saw a 230% growth in year on year revenue, and increased its commitment to localisation, producing 26,000 hours of subtitles in nine languages, with locally-curated content in every market. iflix’s full content library showcases thousands of award-winning and iconic first run programs and library content from over 230 studio partners from 30 countries.

iflix co-founder and group CEO Mark Britt said: “We are thrilled to welcome Hearst President and CEO Steven Swartz and Hearst Entertainment and Syndication president Neeraj Khemlani to the iflix family. As iflix continues to grow and pioneer new ways for consumers to enjoy entertainment on their terms, we were looking for a partner who could bring additional expertise and knowledge to our business.

"Hearst is a leading investor and has many of the world’s most innovative and iconic video brands, including ESPN, A+E Networks, Vice, AwesomenessTV, Complex and more. This collaboration significantly deepens our bench of experts with our longstanding partners Evolution Media, Sky and Liberty Global to help drive iflix’s continuing growth,” he said.

Britt added that the new funds will allow it to further execute on its local content strategy and expand technology and development teams so "we can continue to rapidly evolve the iflix service to meet the unique challenges of emerging markets.”

President of Hearst Entertainment and Syndication Neeraj Khemlani added: “iflix is riding the wave of exponential growth of the middle class in emerging markets that want more access to premium regional, local and Western content. We look forward to working with our new partners Sky, Liberty Global, Evolution Media and Catcha Group, as well as emerging market telcos, to support iflix’s innovative founders and management team in their rapid expansion plans.”

Founding shareholders Evolution Media and Catcha Group have participated in all preceding capital raisings and further increased their support this round.

Evolution Media founder and co-managing Partner Rick Hess said: “As a founding partner of iflix, Evolution Media, along with Catcha Group and Mark, were inspired by the opportunity to reach the ‘next’ 1bn consumers.  The phenomenal growth of iflix has challenged many of the preconceptions we have in Hollywood about how entertainment is consumed in emerging markets around the world. It's fascinating to see iflix learn, scale and forge this new path.”

The first week of August has been busy one for the Asian startup, which provides Netflix-like subscription video on demand (SVoD) streaming service targeting primarily at emerging markets.

The startup, which was co-founded by Catcha Group co-founder and group CEO Patrick Grove, also just announced yesterday (7 August) that it has launched in a new market, Cambodia via partnership with a three-year exclusive partnership with local telco Smart Axiata (Smart). In marketing its new service, consumers can sign up for a one-month free trial via iflix’s website.

On 4 August, it announced a partnership, trying up with MobiFone, Vietnam’s leading mobile network. Similarly with Smart, MobiFone customers are allowed a one month free access to iflix. From 1 September, MobiFone customers must subscribe from data packages in order to enjoy their iflix entitlement.

Meanwhile, things are heating up in Africa for iflix as well. iflix collaborated with Econet Media’s Pan-African media company Kwesé, to bring its streaming entertainment services to sub-Saharan Africa. The collaboration will leverage off the region’s rapid increase in smartphone penetration and growing consumer demand for quality entertainment. As part of the partnership with Econet Group, iflix Africa will soon make its video-on-demand service available in Zimbabwe to Econet Wireless mobile subscribers as well.

Besides above, the company recently announced a deal with the Axiata Group which will further increase its footprint in the region to include Bangladesh and Nepal.

On the Malaysia front, iflix recently unveiled its first exclusive original production, Oi Jaga Mulut, an audacious, uncensored, no holds barred stand-up comedy series. Also in Indonesia, it partnered with TVOne to launch live premiere football streaming, available for the first time in the country, which became one of the highest performing shows there with more than 34,000 unique viewers tuning in the first week of airing. Last week, iflix Philippines announced its collaboration with the Philippines’ Queen of All Media, Kris Aquino, to commission an original drama series. 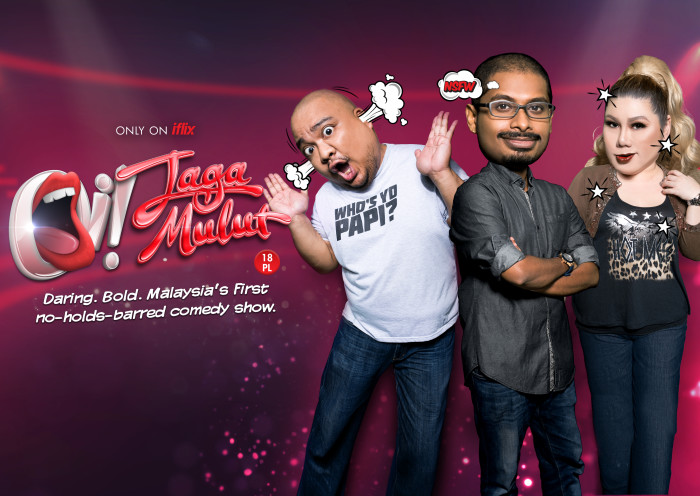 Since going live in May 2015, iflix has rapidly been trying to establish a leadership position in emerging markets, to set a new standard for delivering a streaming entertainment service, focused on local customer experiences.