HTC has appointed Idris Mootee, the CEO of Idea Couture, a global design firm based in Toronto as the company's new CMO. Prior to the appointment, Cher Wang, HTC’s chairwoman, led the top marketing role after Benjamin Ho exited in July 2014. 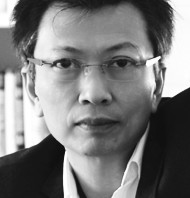 Earlier Marketing reported that HTC has appointed Manu Seth as head of marketing for South Asia. In his new role, Seth who has been heading up marketing in India, will be responsible for leading HTC’s regional strategic marketing growth across South Asia. He will continue to head the marketing arm in India along with markets such as Australia, New Zealand, Singapore, Malaysia, Indonesia and Thailand.

Last year Wang admitted that marketing was an area that the company “didn’t do well”. This was despite the fact it had in 2013 launched a new global campaign in August that year, “Here’s to Change” after dropping its “Quietly Brilliant” slogan in March. Meanwhile, HTC also reportedly spent US$12 million signing on actor Robert Downey Jr. for a two year period.