HSBC has announced it will remove minimum balance requirements and fees for personal accounts from 1 August. Three million customers in Hong Kong are expected to benefit from the new move.

It said on Wednesday it will be the first bank in Hong Kong to provide free basic banking services to customers who hold its passbook accounts, statement accounts, personal and advance integrated accounts, and super ease accounts.

HSBC’s personal integrated account users currently have to pay a monthly fee of HK$60 if their average total balance is below HK$5,000 over a period of three months. And HSBC’s advance integrated account holders need to pay HK$120 a month if they have a three-month average balance of less than HK$200,000.

The bank will scrap these below-balance fees, as well as monthly or annual service fees, and associated charges such as counter transaction fees for a range of personal savings accounts.

The move was lauded by the Hong Kong Monetary Authority (HKMA), as it brings greater convenience and benefits to the broader public, SCMP reported.

Ben Kwong, director of brokerage at KGI Asia, said HSBC’s decision to cancel the minimum balance fee was part of its plan to head off the fierce competition from the wave of virtual banks due to set up in Q4 this year, according to SCMP. It is expected other local banks will follow its move.

The HKMA has granted eight virtual banking licences since March, including two joint ventures separately led by HSBC’s competitors – the Bank of China (Hong Kong) and Standard Chartered Bank. One of the selling points of the virtual banks is waiving the minimum balance fee. In face of the competition, HSBC has to persuade its small depositors, particularly young and tech-savvy customers, to stay.

Study: Trust is king but customers don't trust the brands they're buying

The brands are Unilever’s Flora and Sunny Meadow, manufactured by Atlantic Pacific Foods...

Meanwhile, Lofgren clarified the response by saying that it is "not some little man sitting behind the curtain figuring out what t..

McDonald’s China fends off a legendary monster to keep its new year offerings...

Here's a treat for all you F1 fans out there...

The campaign plays on the art of chocolate gifting to loved ones and features six products comprised of two eye shadows palettes, .. 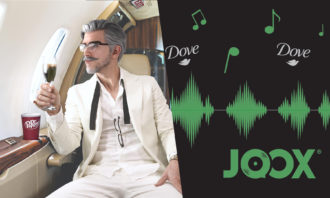