How has 30 years of innovation defined outdoor advertising’s champion?

To stand out among all the competing outdoor advertisers, a company has to be bold, and in Hong Kong, thereâ€™s been no pioneering force quite like POAD.

The letters of its name stand for â€śPassion for Outdoor Advertisingâ€ť and itâ€™s a passion that has gained it the respect of Fortune 500 brands, essential transport operators, distinguished property developers, and the Hong Kong government.

The creative, yet analytical outlook baked into POADâ€™s DNA, means its team thinks through all of a brandâ€™s exact needs and each potential siteâ€™s unique opportunities before sketching designs or moving on a location. That spirit of enlightening discovery has solidified â€śSeeing The Unseenâ€ť as the longstanding motto of a company that annually generates millions of dollars for clients in sustainable revenues and currently maintains its position as a multi-hundred million dollar company with varied assets across APAC.

Throughout the years, POAD has shown time and time again its ability to discover the beauty and possibility across Hong Kongâ€™s cityscape, so to mark 30 years of excellence, hereâ€™s a selection of some of the hits. As the company team tells us: â€śEvery story was tough, difficult, but always fulfilling.â€ť 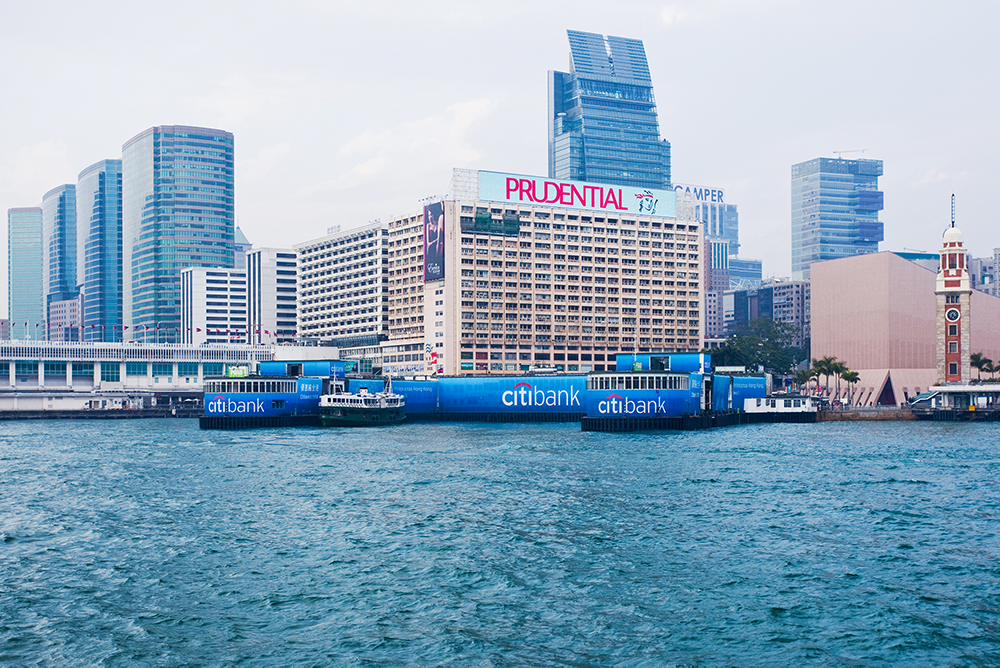 Everyoneâ€™s first mental image of Hong Kong is its harbour and in the early 1990s POAD approached the owner of Star House with a proposition: to turn a previously unremarkable rooftop into an icon.

Situated at the tip of Kowloon Peninsula, strict height restrictions were in effect for all buildings in the area.

Yet, recognising the visibility of the location, POAD sought and gained government permission to relax the ruling enough to launch Hong Kongâ€™s largest neon rooftop sign ever with the-then contemporary tech leader Motorola.

A perfect home for the giant display, it demonstrated an impressive, outstanding and long sight line all the way from Central to the Island Eastern Corridor.

From a zero to a hero, the value of the site has maintained a substantial income over the years. Always innovating, in 2007, POAD transformed the massive sign into an updated eco-friendly LED display with a full solidity highresolution screen.

Visually attractive to audiences across the harbourfront, its embedded live-feed function enables real-time information to be displayed by its current host, Prudential. 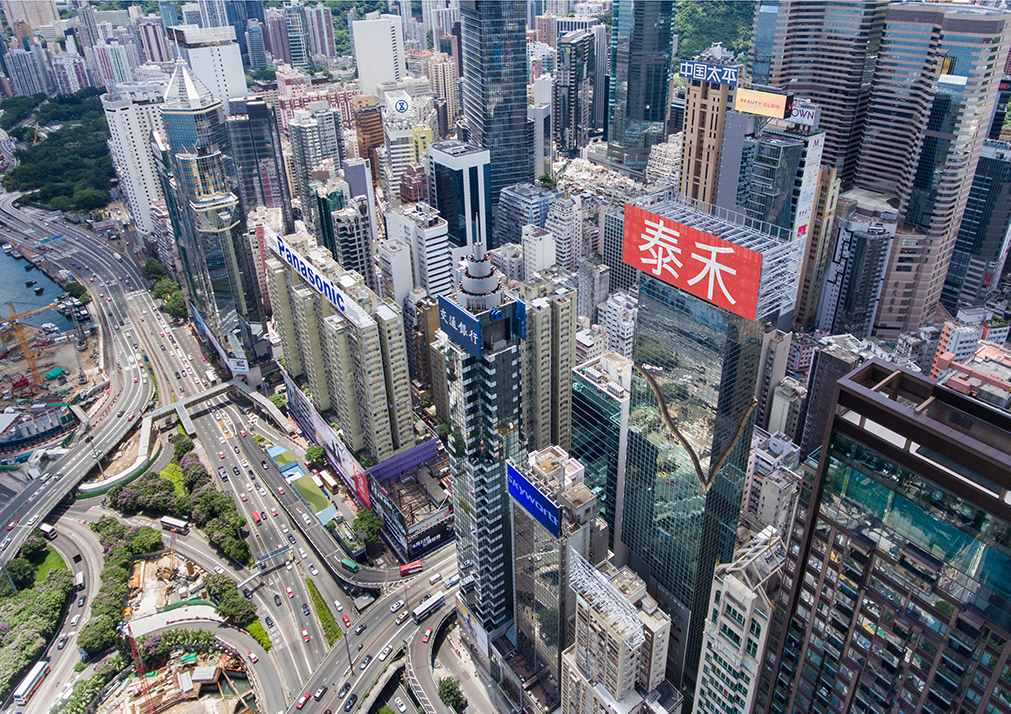 Part of what makes POAD outstanding is its unrelenting dedication to providing the greatest combination of stunning locations, up-to-date technology and peerless quality. Times Tower has a commanding view of the city, long utilised by POAD as a site for client work.

But when performing a refit of this megasignâ€™s traditional neon elements with a 21st century LED panel system, POAD was faced with a saddening prospect. Having to shrink its size to meet new regulations to conform to the rooftopâ€™s width.

However, by working in concert with the Hong Kong government and overcoming numerous challenges â€“ such as maintaining structural stability and complications regarding the wind load â€“ POAD was able to maintain the signâ€™s size and the prestige of this site.

A resounding success, this updated technology enabled China Merchants Bank to beam its logo citywide while illustrating its long history of service and development in Hong Kong. 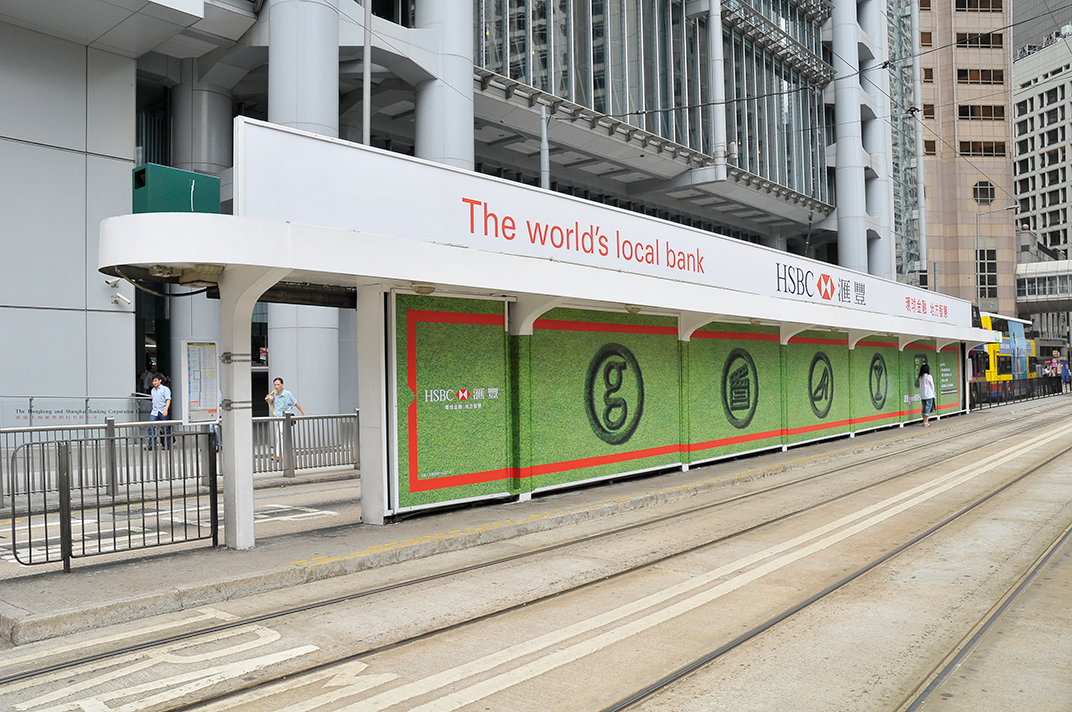 Ding-dinging along Hong Kongâ€™s busy streets, Hong Kongâ€™s trams are extremely beloved, and in 2004, POAD revolutionised the cityâ€™s tram shelters by converting them into a unique advertising medium.

Recognising the lack of available space in Central â€“ the bustling heart of the city â€“ POAD strategically placed its transformed TramsmarTs at the centre of key business districts.

Standing outside Hong Kongâ€™s most commercial buildings and upscale shopping malls, for over a decade these double-sided billboards shrewdly captured the attention of commuters and generated a huge amount of publicity, POAD has generated more than a ten-fold return from the year they took over the medium onwards.

One charming parable as to the value of these locations was appreciated right from the outset. When the location directly in front of HSBC was swiftly snagged by Bank of China (BoC), HSBC, which had been offered first option on the site, rushed to make a deal with BoC to the rights within a week.

POADâ€™s decade of partnership with Hong Kong Tramways has also seen other cherished long-term clients, including Tiffany, which has held a location outside its store for 13 years. 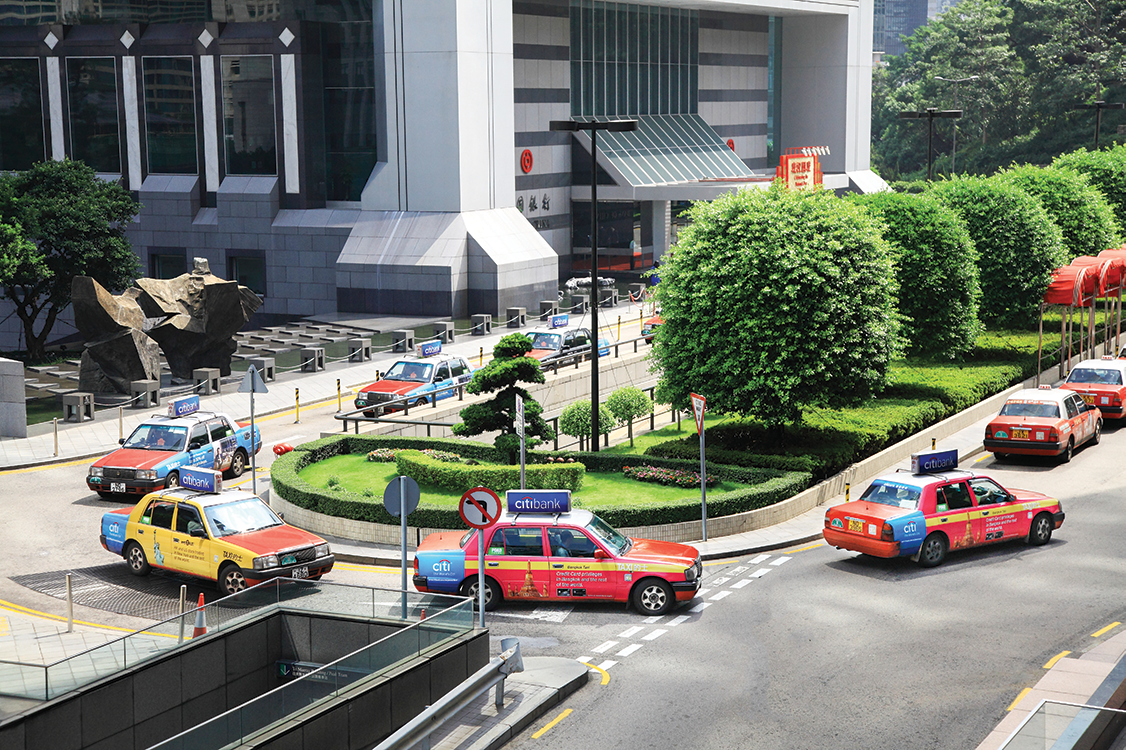 Outdoor advertising means much more than static signage. Hong Kongâ€™s colour-coded taxis are internationally recognised as part of the cityâ€™s identity. But, more importantly, in servicing over one million passengers non-stop every 24 hours, they provide advertising exposure on a citywide scale.

With 27 years of experience, POAD Taxi has evolved this dynamic medium, with a range of advertising formats â€“ from standard exterior/ interior advertisements to captivating 3D taxi tops and special services such as taxi parades and free rides.

Precise craftsmanship and attention-to-detail in production and installation has made POAD the brand of choice for a diverse and international clientele.

These are but a few stories from a 30- year success story that looks to only reach new heights in decades to come. In the outdoor advertising game, there is no player like POAD. Itâ€™s not just its commitment to innovation, dedication to creative thinking or the relationships it has built. Itâ€™s POADâ€™s passion for outdoor advertising.

This article was sponsored by POAD

Burda Singapore has added a new magazine to its stable. The publisher of August Man has launched a female edition, August Woman, t..

The campaign features over 30 versions of IG stories to engage with the brand's millennial runners...

Group managing director, James Smith talks about why he made the move. ..

HISTORY and Maybank have collaborated in a communications campaign to highlight the bank's latest products and enhanced services t..

J. Walter Thompson has created a campaign to help AliCloud, Alibaba Group's cloud computing arm, stand out from the crowd. ..