The multi-media content series has been created to publicise the 20th anniversary of the establishment of the Hong Kong Special Administrative Region. 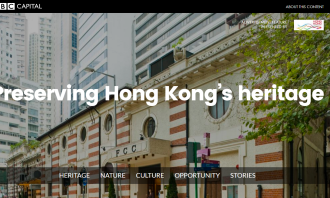 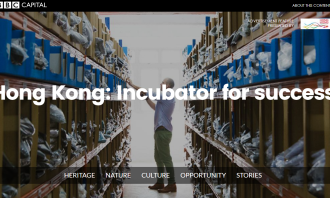 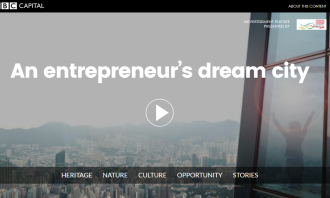 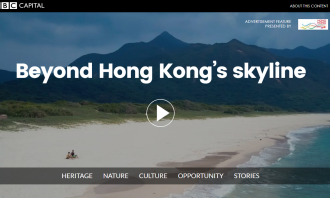 Through storytelling and interviews of people from all walks of life, City of Inspiration also reveals some of the lesser known sides of Hong Kong, featuring its nature and preservation efforts, its cosmopolitan society and its supportive eco-system for startups.

It was conceived in partnership with BrandHK, with content produced by BBC StoryWorks, the commercial content division of BBC Advertising. The campaign is currently promoted on BBC.com/travel and BBC.com/capital, both of which are part of BBC.com, accessible via desktop, mobile and tablet collectively delivering a global monthly unique audience of 95 million.

Brett Free, deputy director of Information Services Department, HKSAR Government said, “We welcomed the creative options that the BBC StoryWorks team delivered to help us reveal different aspects of Hong Kong to a global audience. There are many different layers and aspects to life in Hong Kong that are lesser known, but no less important, than the common perceptions of Hong Kong as a high rise metropolis and financial centre. BBC Storyworks has helped us reveal our City of Inspiration in a creative and engaging way.”

Alistair McEwan, SVP of commercial development at BBC Worldwide Asia, Australia and New Zealand said: “I am proud of the fruitful relationship between BBC Advertising and Brand Hong Kong which has enabled this truly integrated campaign, illustrating that there is way more to Hong Kong than meets the eye. City of Inspiration is a prime example of great content combined with smart use of insights to deliver an innovative brand solution.”

Watono, who was most recently CEO of Dentsu Aegis Network Indonesia’s Dwi Sapta Group, has over a decade of experience in the adve..

Boersma was previously APAC head of supply at GroupM...

The agency will focus on Honor’s strategy, key creative and product launch strategy and planning in China...