The 29th Hong Kong Book Fair and the second Hong Kong Sports and Leisure Expo, organised by the HKTDC, concluded that the seven-day Book Fair attracted a record number 1.04 million visitors. Apart from the books themselves, exhibition and cultural events held both on-site and off-site were also well received.

The HKTDC commissioned an independent market research agency to conduct an on-site survey during the Book Fair, interviewing more than 820 visitors.

While the Book Fair and the concurrent HKTDC Hong Kong Sports and Leisure Expo were well received by local visitors, they also appealed to booklovers from overseas. According to an on-site survey, over 9% of total visitors were from overseas. 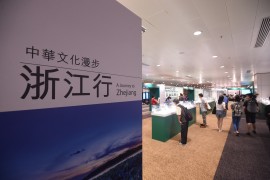 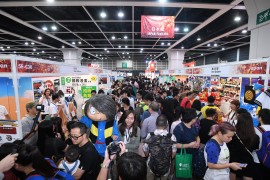 During the fair period, about 310 cultural events were held on-site, including "Theme of the Year: Romance Literature" seminars, renowned writers' seminars, International Cultural Village performances, noted writers' reading sessions and cultural performances at the Art Gallery. A total of more than 640 events were held in connection with the Book Fair, including activities that took place under the month-long "Cultural July" citywide campaign, drawing more than 300,000 attendees. 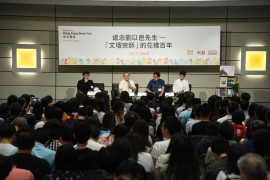 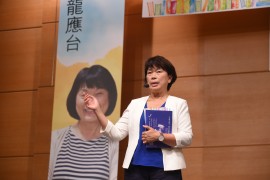 Even after the Book Fair period, visitors can still view the video recordings of about 100 seminars on the fair website and the HKTDC's online video channels. In its seventh year, the "Cultural July" citywide campaign continues until the end of this month.  Highlight activities include art screenings, experimental theatre shows, exhibitions and seminars.

Meanwhile, the second Hong Kong Sports and Leisure Expo featured over 130 exhibitors showcasing a broad selection of sports and leisure products and services from more than 160 brands. Over 50 on-site events organised by the HKTDC, as well as other activities organised by exhibitors, were also well received.

Elvin Lee, Chairman of the Hong Kong Publishing Federation, said: "The Hong Kong Book Fair is a mega event in town. It is a big and increasingly diversified cultural platform. We were delighted to see authors and works from different eras featured at the Art Gallery's 'Theme of the Year' exhibition. Alongside familiar big names in romance literature, the exhibition featured a number of brilliant new-generation writers. Most have found fame by writing bestselling romantic novels, while one of them has gained popularity after starting out as an online author. This mix helped engage the interest of readers of different ages and tastes, while encouraging new authors, which could in turn promote reading and creation."