Golden Village and NTUC FairPrice have given their take on the latest Swatch x OMEGA frenzy that occurred over the weekend by trendjacking on social media. For the uninitiated, Swatch and OMEGA stole the limelight over the weekend with their joint launch of the BIOCERAMIC MoonSwatch collection. The launch of the watches saw consumers queuing in the wee hours of the morning across markets including Singapore, Hong Kong, Thailand, Malaysia, Japan and many others. This prompted Swatch to release a statement clarifying the watches will be limited to one watch per person until further notice. It added that this isn’t a limited edition collection and the watches will be available in select Swatch Stores for the coming weeks.

Nonetheless, the two local brands just had to give their two cents on the issue. Golden Village, for example, enticed its followers on Facebook and Instagram to "watch" a movie instead of queueing for a "watch". The post captioned "No WATCH never mind, come GV and WATCH a movie!", along with the hashtag #gotsmartphonenoneedwatch. 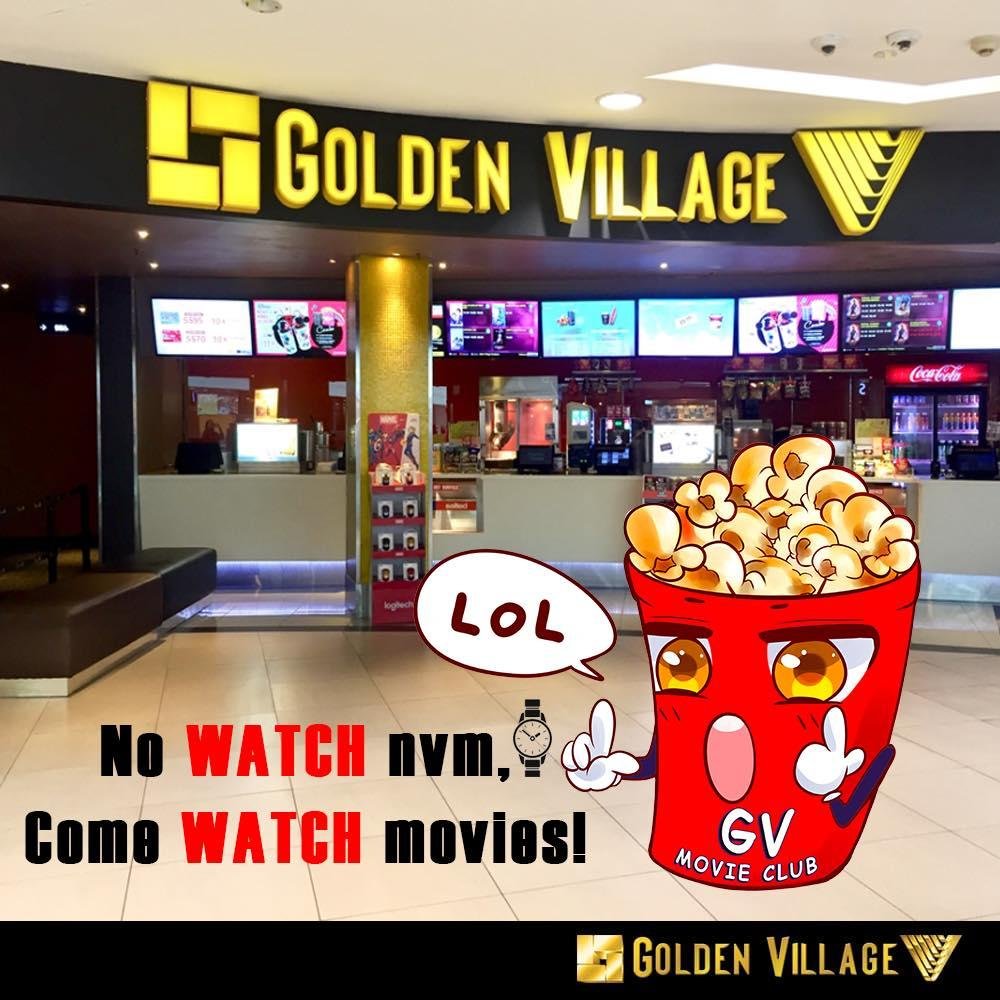 Meanwhile, FairPrice did a wordplay in its Facebook post featuring three pictures with different "brand collaborations". The first, which addressed the Swatch X OMEGA collection, was Omega 6 farm eggs and Scott's. This was followed by other "collaborations" such as Prata (Prada) X Amocan, with the Amocan chicken-shaped to look like the adidas logo, as well as VERMICELLI (VERSACE) X HaM (H&M).

Coincidentally, Adidas partnered with Prada in January this year to launch the Prada x Adidas Forum sneakers, which features nylon zipped pouches attached to the sneakers. 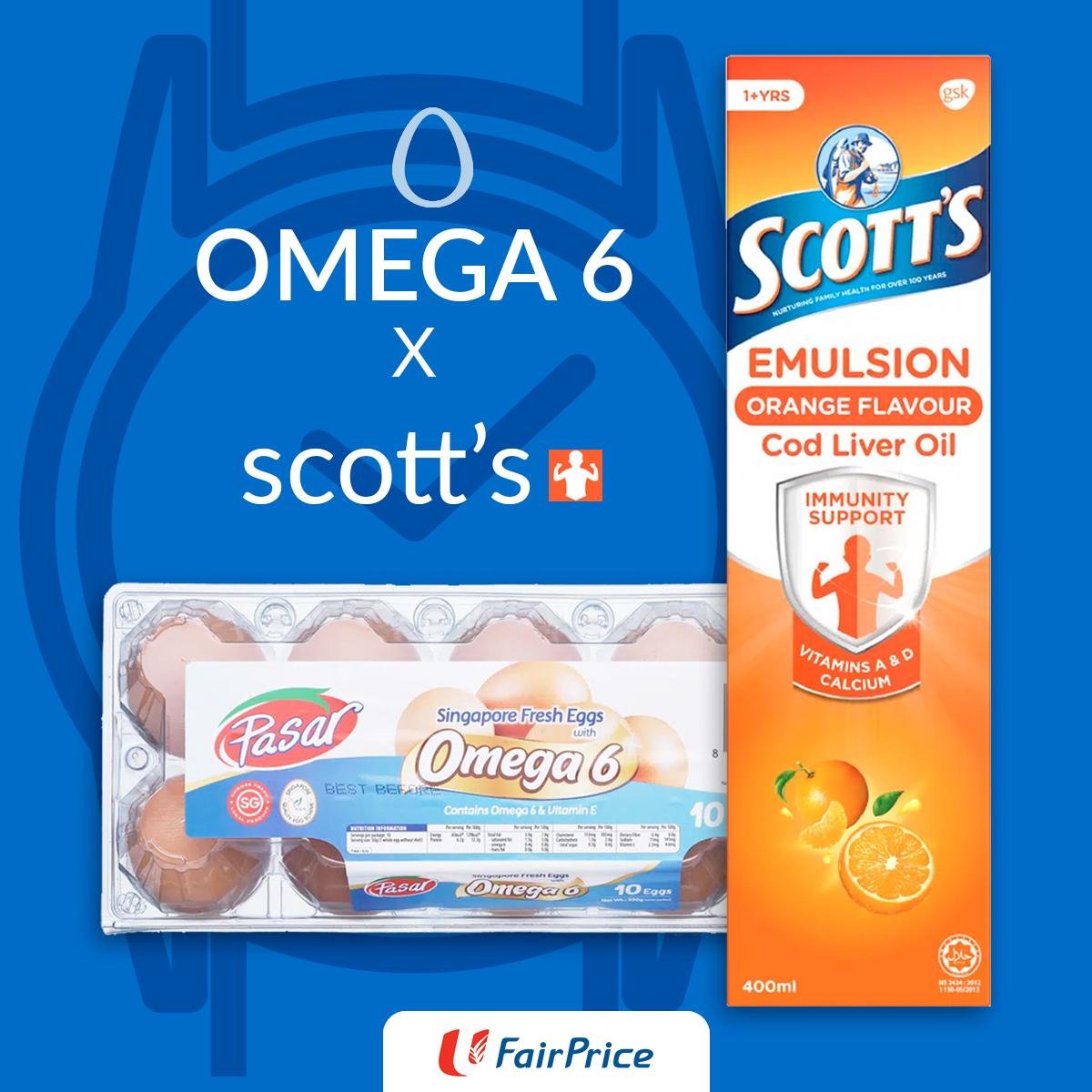 A quick search on Carousell by MARKETING-INTERACTIVE showed that there are a few users reselling the watches for about SG$2,500 each. That said, several of the Carousell listings were PSAs by resellers and watch enthusiasts, reminding shoppers that the watches are not limited edition and hence should not purchase them from scalpers. Carousell also took to Facebook and Instagram to thank its users who have been issuing PSAs, cautioning users against buying the Swatch X OMEGA collection from scalpers on the platform. "FYI: The Swatch X OMEGA watch is NOT limited edition," Carousell said in its post.

The watch collaboration has sent consumers around the world's heads spinning as consumers formed meandering queues in malls and outside retail stores to get their hands on the products. In Singapore, the police were also deployed as consumers started getting agitated and to ensure crowd control. This saw some members of the police force being shouted at by consumers too.

Singapore minister of Law and Home Affairs K Shanmugam also addressed an unfortunate incident where a man was seen shouting at police officers after standing in queue. The minister asked for consumers to not “lose [their] minds over these situations [as] it's not life and death.”

He said, “We have to have a sense of perspective- there is a war going on, people are suffering in many places. […] Yes, it can be frustrating that time is wasted and he can’t immediately get what he wanted, but that is not going to be solved by shouting at the Police.”

Meanwhile, a video is also circulating online of a Swatch brand manager being grilled by consumers who did not manage to get their hands on the product. The consumers were demanding from the manager for service recovery. While the collaboration might have been a hit, unfortunately where Swatch and OMEGA probably fell short was in its execution.

Kevin Kan, CEO of BreakOut Consulting said that given in Asia, specifically in Singapore, consumers are enthusiastic fans who often want to get their hands on the products at the earliest time possible. "We've seen this with luxury items such as Birkin Bags to mass items such as Hello Kitty dolls in McDonald's.  Psychology marketing appealing to the must have or scarcity mindset will raise unexpected demand for such products," he said.

He adds that, in such an instance, brands can collaborate earlier with the police force on crowd control measures to negate any negative reactions or queue-jumping incidents which automatically rile compliant consumers who have queued for a long time.  “Having visible security on patrol can be a deterrent to bad consumer behaviour and Apple does this quite well,” he shared.

Kan added that if reservations aren’t allowed for products, Swatch could have also turned queuing to a fun tactic by implementing a lottery system or some sort of hunt as queues are generally not fun to wait at. “Drop clues every 30 minutes so that consumers can be the first to get the watch by participating in the treasure hunt and getting them away from the store queues. Given that we are still in a global pandemic situation, close proximity should be discouraged and having an online lottery system not only provides something novel but also allows Swatch to obtain valuable customer information for future direct marketing opportunities and product launch events,” he said.

Kevin Huang, managing director of Carousell shared the same sentiment as Kan when it came to close proximity amidst the pandemic. “Given the new normal that we have been living in the past three years, I’d add that being thoughtful to serving your customer needs is super important today in ensuring that a great customer experience is delivered along with a great product. Delivering Happiness is a new mantra that should be on top of all brand’s mind today,” he said.

“Making people wait for hours in the middle of a pandemic is not really delivering a great customer experience,” he added.

"A good CX is imperative for a brand but for MoonSwatch this week - its guerrilla marketing done darn well," said Sanchit Mendiratta, MD, Merkle Singapore. He added that the collaboration is a brilliant attempt to reverse the pandemic-driven plunging watch sales. “MoonSwatch got watch enthusiasts out of their homes - from Amsterdam to Hong Kong, and from Singapore to Geneva, and queue outside the stores in a way that only Apple can,” he added.

He added that for fans of Apple, the joy is in standing outside the Apple Store and buying the new iPhone on launch day, and to unwrap it right away. He added:

Sometimes the real experience is to queue outside the store with anticipation, bated breath and fellow like-minded strangers for a cause that one can’t rationally express in words.

Related articles:
Why are consumers over the moon with the Swatch X OMEGA collab?
Why are brands trendjacking SAJC school elections in Singapore?
5 social trendjacks that piqued readers' interest in 2021
McDonald's SG's free picnic sets resold for SG$60 online as scalpers strike again