The Framework Convention on Tobacco Control Alliance Philippines (FCAP) and EcoWaste Coalition claims that the “deceptive marketing practice” have breached Republic Act No. 9211, or the Tobacco Regulation Act of 2003.

The law has banned outdoor advertising materials since July 2007, allowing tobacco ads only in point-of-sale retail establishments. It defines tobacco advertising as “any messages and images promoting smoking, the purchase or use of cigarette or tobacco trademarks brand names, design and manufacturer’s names.”

The EcoWaste Coalition spotted the streamers with the Mighty logo decorating the streets of Barangay Olympia during a fiesta held on 18 May. 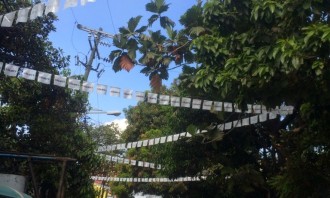 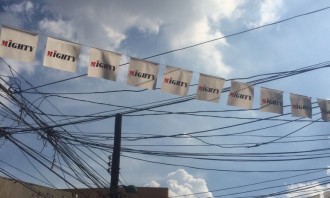 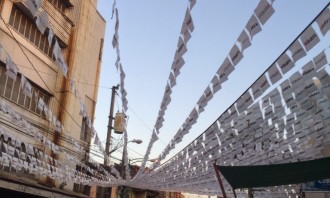 “Such evident breach of the tobacco advertising ban undermines our nation’s efforts to prevent tobacco use and addiction that is killing 10 Filipinos every hour.  It is totally disgusting and unconscionable,” said pulmonologist Dr. Maricar Limpin, Executive Director of FCAP.

Aileen Lucero, national coordinator for the EcoWaste Coalition, adds: “We abhor this blatant use of the barangay fiesta for tobacco advertising in residential streets that obviously seek to promote tobacco consumption by people of all ages and gender for increased sales,

The groups urged the Civil Service Commission to determine a possible violation of the CSC-DOH Joint Memorandum Circular No. 2010-01, which seeks to protect the bureaucracy against tobacco industry interference.

In addition, they are asking the Department of Interior and Local Government to issue a circular that will remind local government units to comply with the ban on tobacco advertising and the mentioned circular.

Shirley Tay exits Y&R to return back to Ogilvy

She will report to Chris Riley, chief executive, Ogilvy Singapore, and will join the management team in Singapore...

Lau will commence her new role in December and will be based in Singapore...