Grab has rolled out the GrabPay card together with Mastercard, expanding its offline and online merchant ecosystem by allowing users, regardless of whether they have a bank account, to transact securely and easily. Available in digital and physical formats, the digital card is currently available in Singapore and will be launched in the Philippines in the first quarter of 2020, with other Southeast Asian countries to follow in the first half of next year. Meanwhile, the physical card will be rolled out in batches.

The GrabPay card is a culmination of Grab's ongoing partnership with Mastercard that aims to bring financial inclusion to the millions of underbanked and unbanked in Southeast Asia. Users can apply for the physical numberless card after receiving their digital card.

According to Grab, the card has been designed to address major security concerns users associate with transacting both online and offline. The physical version of the card is completely numberless, front and back, thus averting the prospect of theft of personal and financial information. As an extension of the GrabPay wallet, the details of the card are stored securely within the Grab app. It also has an in-app lock card function that is PIN-protected, allowing users to instantly suspend payments for lost cards. The GrabPay card also offers an additional layer of protection using 3DSecure technology to protect users from online fraud.

With the GrabPay card, Grab users can now earn GrabPay reward points for their purchases at any merchant that accepts Mastercard cards, or for Grab services. As part of a limited launch promotion period, the GrabPay card will reward users with up to 10x GrabRewards points for every dollar spent. These points can be used to redeem GrabRewards offers anywhere in Southeast Asia.

Users can also add their digital GrabPay card to their Samsung Pay wallet and make offline payments by tapping their device at any contactless-enabled payments terminal, offering another level of convenience to users. They can also pay their mobile phone bills with the card and receive protection against accidental damage or theft for that month. The card also has eCommerce protection and allows users to register up to two flights each calendar year. This gives users complimentary access to over 1000 airport lounges in more than 100 countries for registered flights that are delayed for at least two hours. 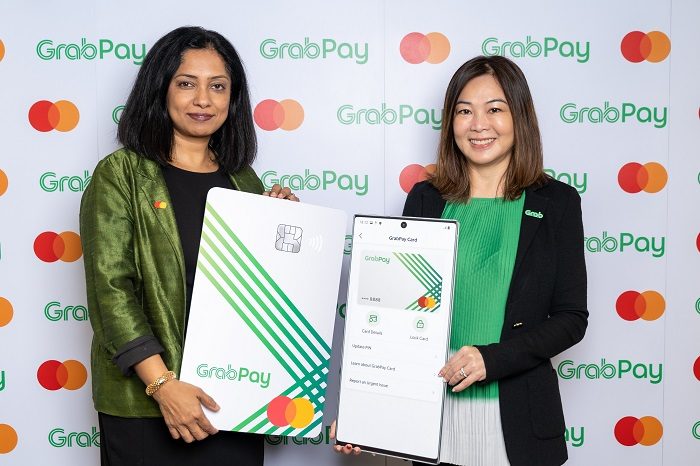 Huey Tyng Ooi (pictured right), managing director, GrabPay, said the GrabPay Card is a continued evolution of GrabPay. She added that this partnership with Mastercard moves the company towards an open payments ecosystem, and that allowing users to earn and redeem reward points across millions of merchants and represents an important step for GrabPay in becoming a truly ASEAN wallet

Rama Sridhar (pictured left), executive vice president, digital and emerging partnerships and new payment flows, Asia Pacific, Mastercard, added: “This partnership significantly expands Mastercard’s reach in Southeast Asia while helping Grab to rapidly scale up its global offering. As a result of this partnership, GrabPay users will be able to transact safely, securely and effortlessly with one of the first e-wallets from Southeast Asia that offers worldwide acceptance”.