Google may be facing a new competitor; and it could be bad news for advertisers.

Compared to Google, whose Google search statistics show 3.5 billion searches per day, the young search engine may still have room to expand, but the year-on-year growth it showed is notable enough for us to keep our eyes peeled. 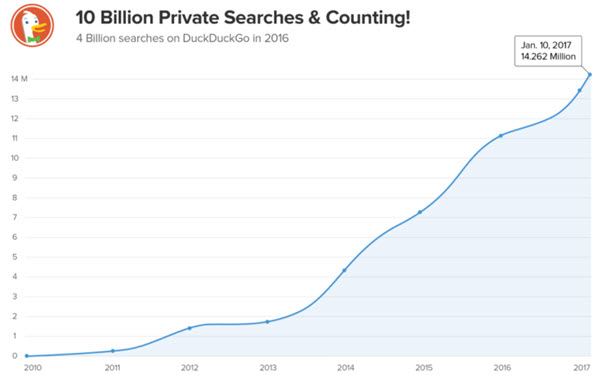 The niche search engine is advertising-supported, but the user has the option to disable ads. The search engine differentiates itself by emphasising searchers' privacy, and does not profile its users, nor personalises search results. DuckDuckGo also gets information from key crowdsourced sites such as Wikipedia, or from its partner search engines such as Yandex, Yahoo!, Bing, and Yummly.

The team said in a blog post that they stand out because "people are actively seeking out ways to reduce their digital footprint online."