The ride hailing industry just got a tad bit juicer as netizens reported that GOJEK’s beta app had similar map data characteristics and naming conventions to its competitor Grab. This then sparked speculation among netizens that GOJEK copied its competitor’s code for its own app, which was later reported by Mothership.sg.

Following a quick check by Marketing, a GOJEK spokesperson said that the GOJEK app uses raw data on pick-up/drop off points from multiple sources, including its riders and drivers. Neither acknowledging or denying the allegations on the striking similarity, the spokesperson added that the team at GOJEK uses an algorithm to analyse and refine map data to enhance user experience.

Meanwhile, a Grab’s spokesperson said that it has a 250-strong dedicated mapping team in the company which is focused on improving the user experience by adding “very precise” (and notably unique) pick up points in the app. The spokesperson added that the team uses amounts of historical ride data, machine learning, collecting direct passengers and drivers feedback, physical vetting some high-frequency locations to find the right spots, and hosting “mapathons”. As such, it has created more than 5,000 pick-up points in Singapore, of which many are “unique to Grab’s app”, the spokesperson toldMarketing.

“Grab cares about our customers and believes that it is important to invest in technology to create a good experience for them. Pick-up and drop-off points may seem to be small details, but they are very important in completing that good experience,” she said.

We are committed to improving our customer experience and will continue to invest in our mapping technology to create a better world for people in Southeast Asia.”

Meanwhile, statistics by Meltwater shows that social sentiment around GOJEK’s entry into the market has been neutral thus far. However, in terms of share of voice, GOJEK was a notch higher at 53% while Grab was at 47% of media coverage. Among the list of trending topics included “Grab”, “Jek driver lip lai”, “Singapore” and “Page”. There have not been much chatter about GOJEK’s service and sharing of consumer preferences. 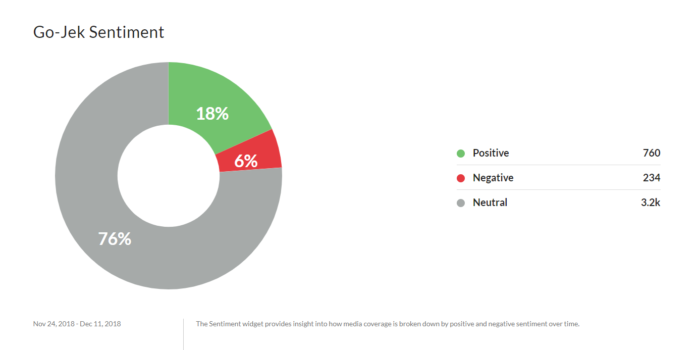 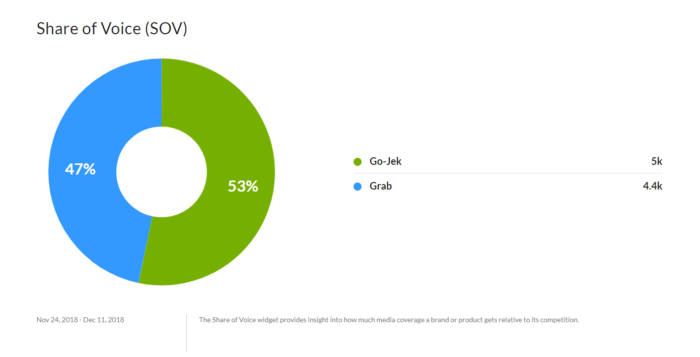 The Indonesian ride-hailing app launched the beta version of its app on iOS and Android app stores in Singapore two weeks ago. This marked the start of a gradual roll out of GO-JEK’s ride-hailing services across the island, as more driver-partners are onboarded over time to feed consumer demand. This staggered approach reflects GO-JEK’s commitment to ensuring a smooth entry into Singapore and an ongoing effort to improve user experience over time.

GOJEK has also picked Havas Media to manage media buying duties and BLKJ as creative, while Ogilvy takes on the social and PR work for the ride-hailing company. It has also brought on a marketing lead, Archishman Ramasubramanian as VP-head of marketing in Singapore. Ramasubramanian was last regional brand manager, strategy and campaigns of Uber for a year. Prior to that, he worked with P&G in the regional brand management role across APAC.

InMobi ties up with DoubleVerify to filter fraud ads

Ken Mandel resurfaces at HootSuite as its Asia Pacific managing director, ahead of its major expansion plans...

The Futurist: Sorry … there’s no app for that

Courage cannot be learnt in business schools. There’s no “on/off” switch in one’s DNA code nor an app for it. ..

Consumers around the world are spending more time viewing content on their mobiles but marketers are still preferring to spend on ..