GfK finds rise in younger Malaysians tuning in to radio

Looks like video didn’t kill the radio star after all. According to GfK’s Radio Audience Measurement, more younger Malaysians, especially those between the ages of 20 to 29, are tuning in to radio. The number increased by 145,000 to hit 4.8 million in weekly reach this year, which is approximately 3% growth from the previous wave.

GfK added that both weekday and weekend shows among younger Malaysians also registered growth compared to the previous wave, with weekend shows attracting around 813,000 more listeners to reach a total of 18.9 million listeners in the recent wave.

On a whole, 20.6 million Malaysians in Peninsular Malaysia listen to the radio weekly. Weekday breakfast shows (Monday to Friday, 6 am to 10 am) and drive time shows (Monday to Friday, 4 pm to 8 pm) continue to garner the highest listenership, accounting for 15.6 million and 15.1 million listeners respectively. Breakfast shows reported the highest rise in weekly reach from 14.6 million in the previous survey conducted in the first half of the year to 15.6 million listeners in the recent wave.

Top three reasons for tuning in

GfK also conducted the Radio Insights study, which is a yearly survey of 1,000 listeners aged 15 to 49 years, to obtain additional insights into the radio listening behaviour of locals.

The top reasons for radio listenership are to hear songs that audiences know and enjoy (91%), to discover new songs (60%) and to get updated on current news (57%).

The insights also showed that radio continues to be a dominant and influential media in people’s daily lives and routines, since it tends to be consumed alongside other activities. The study showed that more than half of radio listeners are browsing the internet while listening to the radio.

Meanwhile, GfK’s study also found that radio remains the most effective and reliable media channel for advertisers to reach their audiences.

It also tends to have the most impact on listeners on a personal level with 70% agreeing that radio advertising makes them feel more loyal to the brands advertised, while 65% agreed that while listening to the radio, they search on the internet for products they hear being advertised.

Interestingly, radio has also demonstrated to have the highest social media engagement. Majority of (69%) respondents claimed that they have read or interacted with the social media pages of a radio station, a program or a radio presenter in the past month, compared to other media channels such as TV (58%), newspaper (48%) and magazine (45%).

Ozarizan Mohd Nor, president of Commercial Radio Malaysia, said it is heartening that younger Malaysians are listening to the radio and engaging with radio advertisements by searching for products online. According to him, this shows that radio advertising can be an effective marketing strategy to raise brand awareness and top of mind recall, which as a result, increases sales conversions on digital platforms.

“Today, with its holistic approach to engagement, radio is effective in driving a mass pool of listeners to on-ground events, radio broadcasters’ websites, mobile apps and social media pages,” he added.

Lee Risk, APAC commercial director for media at GfK, added that the results clearly indicate that radio remains an influential and strong medium in today’s era.

“With more people listening to the radio in the morning, it is evident that people across all age groups are choosing radio for their daily dose of music, relaxation and news updates during their commute to school and work,” he said.

The most recent Radio Audience Measurement survey which was conducted over six weeks from September 8 to October 19 polled 6,000 unique individuals aged 10 years and above. GfK utilized 4,500 paper diaries and 1,500 e-diaries to collect valuable insights on the strength and scope of radio listening across the country.

Staying a step ahead: Malaysian network agency leaders on their vision for 2020

LOOK Can you spot what’s wrong with this girl?

The truth will scare you. ..

A+M understands that the branding initiatives will be strongly focused on the Malaysia market and work has already begun. ..

The Walt Disney Company ties up with SMRT

The 18-month collaboration will bring Disney into the SMRT public transport, retail and digital networks...

The study examined the entirety of Hong Kong's viewing landscape and while video viewing is shooting up, Hongkongers aren't in lov..

Following MOF, the Ministry for the Environment and Water Resources has now engaged micro-influencers... 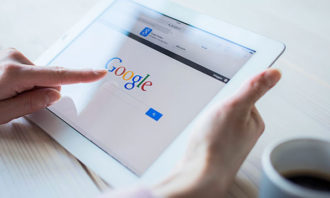 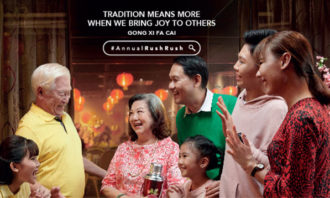