Fan is the first Chinese celebrity selected to be the Godmother of an international cruise line and will officially name Ovation of the Seas at the ship’s inaugural ceremony in Tianjin, China on June 24.

“We are delighted to welcome Fan Bingbing to the Royal Caribbean family as Ovation of the Seas’ godmother,” said Michael Bayley, president and CEO, Royal Caribbean International. 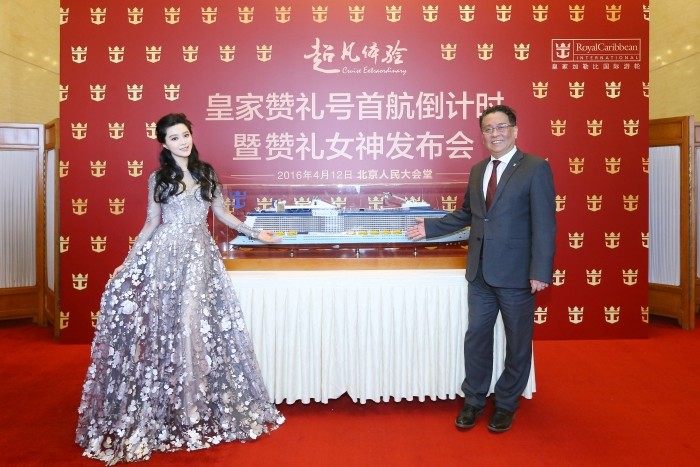 “Bingbing is number one on the Forbes China ‘Celebrity 100’ list and has held that top position for three years making her one of the most influential Chinese stars and in the world. She is innovative, smart, ambitious, trendy and elegant, and that makes Bingbing the perfect person to be selected as the Godmother of our newest ship.”

The role of Godmother is a lifetime title bestowed upon an individual, who figuratively presides over the ship and imparts good luck and divine protection over the vessel and all that sail aboard.

Mindshare and Unruly create a manifesto to combat adblocking

S4M states that incorporating Tapad’s omnichannel Tapad Graph viewing tools makes them the only competitor in its field able to ge..

The appointment of DDB China marks the first time the luxury car maker has used a creative agency for mainland China with the agen..

"The short answer is that if it’s done right, native advertising is an important element in the content landscape."..

Turn Creative has rolled out a global campaign for Olympus to back its new OM-D EM5 MarkII camera, in the style of a Hollywood act..