Chinese New Year campaigns have brands in Asia splashing out in the millions annually to capture consumer hearts. But do these really have a long-term effect on consumers?

If done right, they do, said a TNS study. Nitin Nishander regional managing director, brand and communication, Asia Pacific at TNS highlighted several tips for brands, as well as those that did these well.

The most successful campaigns were those which went beyond the ‘feel good factor’ and connected with people’s deeper emotions and priorities, said Nishander. “The essential first goal for a Chinese New Year ad is generating immediate audience involvement which is measured by the motivation to watch the ad again and tall about it with others,” he said. No ad can deliver significant brands benefits without achieving this level of short term response. However, to maximise the value that an ad provides for a brand it needs to go deeper. Nishander highlights two different campaigns, citing the York air conditioning ad in Malaysia as funny, but failing to address real issues of importance for consumers.

However, he highlighted this one from Cadbury of an expat girl with a ticket home to see her family as hugely relevant. 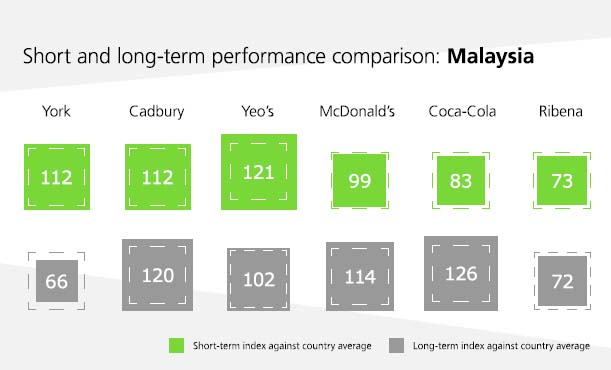 2. Be relevant to the particular occasion

Brands need to align themselves with the values of the festival in question. In the case of Chinese New Year this includes family, reunion and new beginnings. Citing the example of Carrefour, which focused on the tension between a father and son during festivities, he said the campaign did not engage emotions during the festival, giving only a low relevance.

In contrast, dumpling brand Laurel focused on traditional emotional themes, with audiences seeing it as a more novel one than Carrefour’s.

Ferrero Rocher used its high-end appeal to create as aspirational vision of a family reunion. It stayed true to the brand’s core values, while aligning itself with one of the festival’s key themes - family bonding.

In contrast, the campaigns of Budweiser and Jinluifi provided a fun, light-hearted lens into youthful party-goers, but failed to connect to the core values of the festival, he said.

4. Be novel but not irreverent

Innovative and humorous interpretations of the festival can work well, but brands need to make sure they don’t fall into the trap of disrespecting the festival, said Nishander.

He argues that Coca-Cola’s ad made the most effective use of novelty.

In contrast, novelty by seaweed brand Gurume in Taiwan failed to have any creative impact.

Also, he added that this was the same case for Subway (pictured) and its irreverent ads on Chinese New Year gods in Singapore.

Any bid for novelty that breaks with the deeper meaning of Chinese New Year is likely to lose the ability to form affective memories, said Nishander.