This was a sponsored post by Lagardère Sports under the Master Report series.

Esports offers a generous amount of free play to completely reinvent brand partnerships. Level up your marketing game plan with these four strategies. Forget the cliché about geeks who spend the entire day holed up in a darkened room playing video games, while an exasperated parent cajoles them to eat, stretch their limbs and get a real job. This is also not the space for debating whether or not esports is an actual sport.

The fact you are lingering on this page means you are probably already familiar with the world of esports, have digested its astounding growth figures and grasped the potential of reaching out to an exploding population of young digital natives. 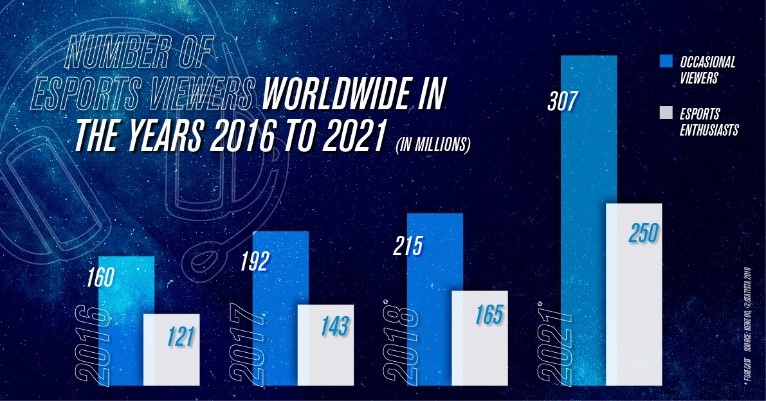 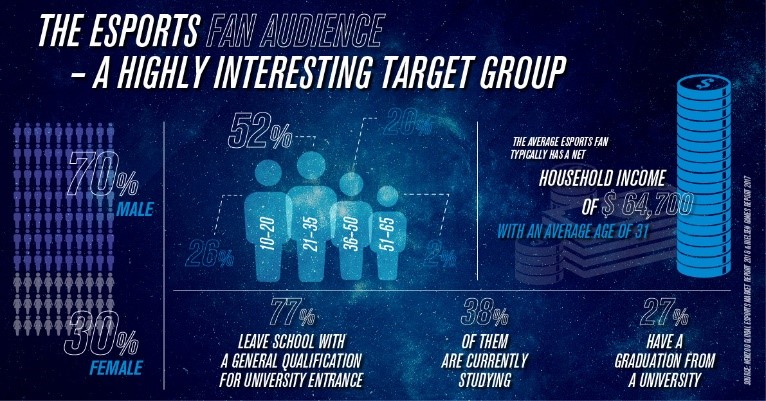 “Fans and communities are significant in esports. They created the esports world, their game titles and competitions themselves, and are used to getting many things for free and without advertising,” said André Fläckel, director of esports at Lagardère Sports – one of the world’s most active full-service esports agencies that manages partnerships for League of Legends European Championship (LEC), FNATIC, SK Gaming, PlayerUnknown’s Battlegrounds (PUBG) as well as the Disneyland Dota 2 Major in Paris with brands such as SAP, Shell and Foot Locker.

“Due to the increasing popularity of the industry and the interest in this target group, more and more companies are breaking into the market, which is now worth billions. Digital natives have few reservations about brands or advertising – if they are convinced of a product, they like to act as multipliers or brand ambassadors.”

It is this highly vocal and passionate fan audience that fuels the esports engine. As with any close-knitted community, points of entry can be difficult to find. Whether it’s a brand looking to dip its toe with a first sponsorship, or an investor looking to level up their marketing strategy, there are concrete tips for getting involved in esports and winning over the hearts of Millennial consumers whose attention span is as fragmented as their wallets are promising. To successfully connect with this group, here are a few simple hacks to keep in mind.

This article is partially based on "Seven Commandments of Esports Communication" whitepaper published by The Story Mob.

Esports is not one size fits all. Esports is an umbrella term for competitive gaming at a professional level; in an organised format (a tournament or league; with a specific goal (that is, winning a champion title or prize money); and a clear distinction between players and teams that are competing against each other.

There are several tier-one esports games, including Multiplayer Online Battle Arenas like League of Legends or Dota 2; First Person Shooter games like Counter-Strike: Global Offensive (CS:GO) or Overwatch; and Battle Royale titles such as Fortnite or PlayerUnknown’s Battlegrounds. These audiences are unique, often do not overlap, and need to be communicated to in very different ways.

FanAl, an audience monetisation platform, published findings in July 2018 that suggested 81% of esports fans follow only one genre. If your brand is active across more than one type of game, you will do yourself a favour by paying close attention to how you talk to the fans of each.

Brands should talk to CS:GO fans in a different way than League of Legend fans, and if that isn’t understood from the beginning, brands are likely to see failed campaigns.

You don’t have to become an esports expert or understand the industry inside-out to enter this arena. Find partners who have knowledge in this area and can help to align your brand objectives with the fandom’s nuances.

Esports fans are notorious for sniffing out hogwash. If you’re new to esports, be humble and learn from those around you (tip: if you’re spelling it ‘eSports’, you’re doing it wrong). Admit when you’re learning and take feedback from the community. Show that you understand there are no shortcuts when it comes to a sport with a proud tribal history.

Since the earliest days of esports, gaming fans have enjoyed a system their fandom created and nurtured – zero paywalls, limited commercial interruption and tournaments brought to them by pros, teams and organisers, often investing their own money to make them happen.

In return for this bounty, esports fans had to defend how they spent their time to a mainstream world that not only didn’t understand competitive gaming, but considered it a waste of time. As the esports ecosystem continues to mature, mainstream acceptance has grown along with commercial investment, and fans have reaped the benefits of more money and resources flooding into their sport. However, the power balance is still weighted in their favour.

It is critical, therefore, that any brand within the space, whether it be team, sponsor or pro, creates the value for this demanding audience.

Esports fans are open-minded and loyal to brands that communicate with them respectfully and at their level. It is not enough to simply place the brand logo on the players’ shirts. Think about what added value your product or company can offer the target group. Offer the fans something that didn’t exist before: exciting content and insights from their favourite team, or perhaps a product created for the target group, or a completely new service.

“At the heart of our engagement, we want to connect LEC’s Baron Power Play – one of the most incredible and visible moments when you can turn the game in your favour – with our premium fuel, Shell V-Power,” said Jan-Hendrik Starken, marketing manager at Shell’s retail fuels team.

“What we are looking for goes beyond paid media and ad spaces, we want to integrate with the community to make a difference and engage with them at different levels.”

Which brings us to our next point.

Some of the world’s largest traditional sports sponsors have successfully entered esports by leveraging their strengths to provide additional resources and support. Think about where your company’s expertise lies and harness this know-how to benefit the esports community.

SAP – a long-time backer of football, hockey and basketball – entered the game by partnering Team Liquid, one of the world’s most powerful esports teams. As the official innovation partner of Team Liquid, SAP has leveraged its data and analytics capabilities to develop software that has helped the team improve its performance during and outside of the competition.

Milan Cerny, technology and innovation lead for SAP global sponsorships, said: “In esports, the amount of data generated in each match is enormous. Finding out what to do with this data to generate useful insights is the big goal for us. Fortunately, by using our SAP HANA platform, we are in a position to process huge amounts of data quickly and easily. We hope to become an integral part of the ecosystem and add value for the team, but it’s also interesting to evaluate how SAP technology can be applied to esports events and competitions in the future.”

He believes “the esports fans of today will become the IT decision makers of tomorrow”.

Comcast Spectacor, which owns several professional sports teams, has recently formed a global esports joint venture with South Korea’s SK Telecom – making them the co-owners of SKT T1, the most decorated team in League of Legends’ history. By harnessing both conglomerates’ strengths in tech, media and content creation, it is only a matter of time before T1 becomes one of the world’s most valuable esports brands.

“As a team backed by tech giants, making sure our technology is meeting or exceeding current standards will always be a conscious focus,” explained Joe Marsh, chief business officer of Spectacor Gaming.

“However, we believe creating content that can work across the East and West will truly help make T1 a global brand. We have some of the best content staff in our organisation and we are looking forward to building a strong team in our Seoul HQ while also continuing to push the envelope and find new ways to deliver our brand to fans.” 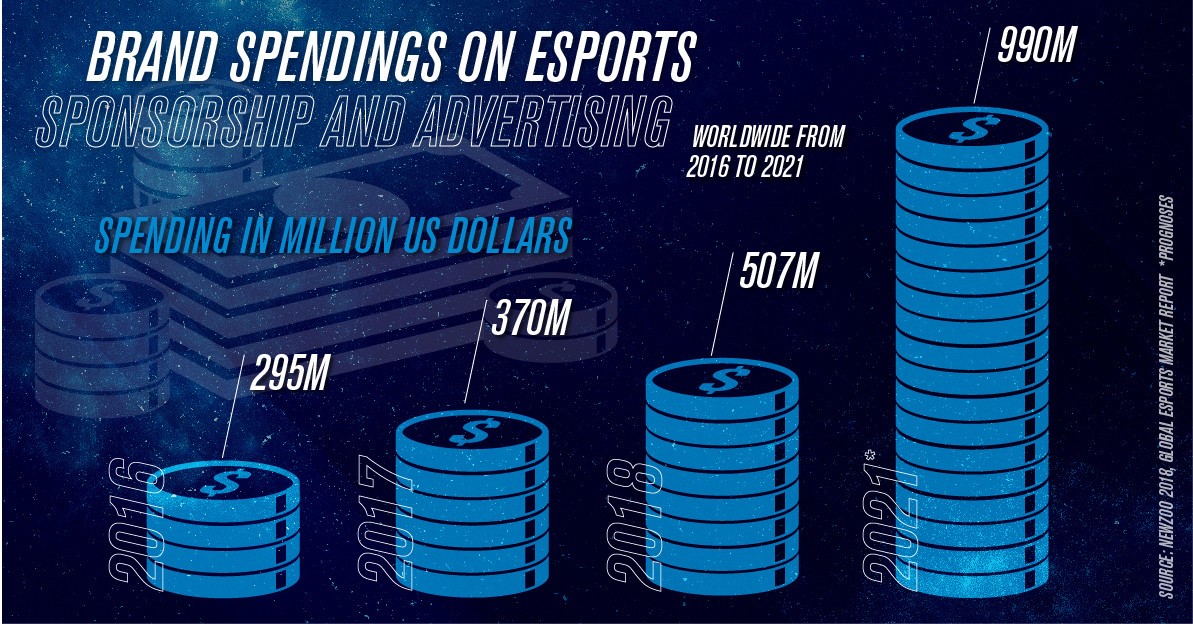 When BMW became an official partner of the League of Legends European Championship Series Finals in 2017, as part of an on-site activation, it boldly spray-painted a luxury sedan with graffiti and engaged an influencer to take a car out for some daredevil spins. It showed a complete willingness to depart from high brow tradition and embrace a subculture that resonated with fans.

As mentioned earlier, esports fans are loyal to brands and to teams who treat them with respect. Speak to them with sincerity, and you will be a lot more successful in getting their attention.

Be truthful about who you are, and make sure the values you’re espousing are the ones you intend to live by.

If you’re a brand entering esports for the first time and claim to be taking the first step on a long journey, don’t be surprised if fans make fun of you when you pull out after three months.

If you claim to be the most player-friendly team, don’t get caught trying to shortchange a pro on their wages.

If you’re a tournament organiser who claims to put on the very best events, don’t be shocked when your fans take to social media to voice their disappointment when a tournament is cancelled, delayed for hours or has subpar equipment for the pros competing.

When you show who you really are, esports fans will believe you.

Esports offers an incredible amount of free play to reinvent the usual way of doing things. Want to know how esports fans feel about your company? Give them a weekly “ask-me-anything” stream, and you’ll soon find out. Alternatively, jump into a game with your fans and answer questions from an honest and unfiltered perspective.

Some memorable moments come from unfiltered and unedited moments that offer brands a rare opportunity to build a genuine connection with fans. This is the time to be bold and to put a stake in the ground.

Fläckel puts it aptly: “You don’t have to be enthusiastic about esports to become an active sponsor. But be open to and interested in this unique world, even though you may not have grown up with it, unlike your children.”

“It is exactly the right environment for pioneers. Take the plunge. It’s worth it.”

This article is partially based on "Seven Commandments of Esports Communication" whitepaper published by The Story Mob.

Read also:
The Master Report: Trends bringing about change in sports marketing
Case Study: The making of a spectacle
Case Study: From Console to Boardroom