In conjunction with the year of the dog, Schroders, together with its agency partner antics@play, decided to take a digital spin on its annual red packets, which were sent to clients and partners. This saw the agency conceptualising a digital game to accompany the red packets.

Titled “Run Puppy Run”, the game looked to challenge a player’s refl exes and speed. Players of the game were able to access the mobileoptimised game via a QR code present on the back of the red packet. The game could also be accessed via a microsite. The top 10 fastest players would win a WowWee CHiP Robot Toy Dog, which responds to voice commands, performs tricks and even charges itself.

Through the digital game element, the brand aimed to inject a spirit of fun and playfulness into the festive season – elements which are in line with the personality of a dog. For an added authenticity factor, the agency visited a dog café during the brainstorming process to interact with the furry animals, and took time to tie the values behind Chinese New Year back to the Schroders brand.

As such, the final product aimed to balance giving recipients a digital experience, while staying true to the spirit and tradition of CNY. Inspired by 2018’s zodiac element, which is “Earth”, warm colours and earthy tones took centre stage for the red packets. The concept of the red packet design was derived from the sentiment of nostalgia and was evoked through family gatherings and the sharing of beloved stories. This translated visually into a mixed-media style interspersed with traditional Chinese folk art.

According to the company, as each year passes, it continues to challenge itself to develop red packet concepts which blend tradition with innovation. This is to affirm its appreciation towards clients and partners

Objective
To delight and surprise its clients and partners for the Chinese New Year season. 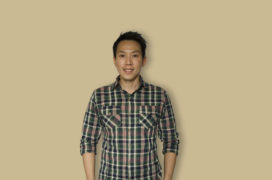