To promote the launch of its ManulifeMOVE customer loyalty programme, Manulife created a media invitation to the event launch. The invite was designed to hint at the mechanisms of the loyalty programme, while being interactive and visually impactful.

This saw recipients having to “untie” the shoelace on the invite to be able to view the invite details hidden in the sole of the “shoe”. It also featured bright and attention-grabbing colours such as bright green and coral, which are also aligned with Manulife’s branding.

To tie in with the innovative mechanics, and aimed at media, agents and partners, the launch event also featured glow-in-the-dark and neon highlights to convey a sense of movement and dynamism. This was to draw links to activities which encourage movements.

The glow-in-the-dark and neon elements were also central to the design of the invitation, which aimed to cut through the clutter and generate some buzz by building up a sense of anticipation among recipients, getting them curious enough about just what the event was about, and to want to learn more about ManulifeMOVE.

As such, this saw the creation of a simple yet eye-catching media invite in the form of a shoe, which represented the simple movement of taking steps every day, and electrified it with the addition of LED shoelaces that lit up for that “wow” factor, bringing the event theme to life.

The invite copy was also thoughtfully crafted to tease and build curiosity about what it was exactly that Manulife Singapore was launching. The invitation caught the attention of key media and received good feedback with many commenting on the creativity and originality of the design.

Coinciding with the launch of ManulifeMOVE, Manulife Singapore’s customer loyalty programme, the invite was designed to hint at the mechanisms of the programme, while being interactive and having a visual impact.

The target audience were key Manulife stakeholders, members of the media as well as influencers.

A good turnout at the event with about 700 media, influencers, Manulife employees, agents and partners. The company generated media coverage spanning print, online and social media achieving 5,110,827 in potential reach and SG$250,880 in PR value. 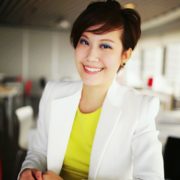