Posts featuring Indomie-inspired Nike Air Jordan sneakers by an Indonesian designer have attracted thousands of likes on Instagram within a few days, and near to 17,000 likes after two weeks. The designer named Jonathan Gustana has now moved on to the Marvel universe, rolling out the likes of Venom sneakers and Captain America-Ironman suitcases.

In a statement to Marketing Interactive, Gustana said the popularity was likely due to Indomie’s wide fan base in Indonesia. Indomie has 232,000 fans on Instagram currently. In Indonesia, Indomie held on to the crown for the seventh consecutive year as the brand with most consumer reach with 1,241 million purchase acts and a penetration of 97.5% in 2018.

Sold at IDR 3.3 million each, 20 limited edition pairs of sneakers with the Indomie design were snapped up within days. According to posts on Instagram, the shoes will be displayed at Indonesia Comic Con 2019 on 12-13 October.

Nike has declined to comment, while Indofood has not responded to Marketing Interactive‘s queries. 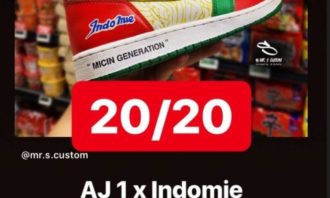 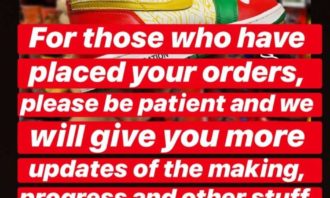 Gustana, a 23-year-old Nanyang Academy of Fine Arts graduate in Singapore, said the production was inspired by a Photoshop concept by an Indonesian illustrator. He had obtained permission to use it and made aesthetic adjustments to the design. The online shop, Mr.S Custom started last year as an extra stream of income during his year two of diploma in Singapore.

“My initial plan was just to have fun, and probably gain few hundred followers, but it turned out way better than expected,” he said in an interview with Marketing Interactive. His account, which had about 600 followers initially, has seen its following shoot up to over 6,600. Based in Singapore, Gustana’s customers are mostly from Singapore before the launch of the viral design, but he has since seen more interest from countries such as Indonesia.

Here are some of his latest creations since the launch: 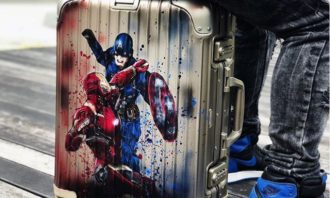 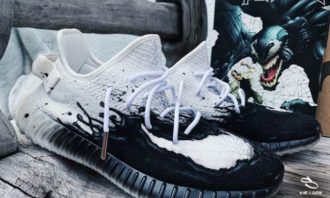 In the spirit of growing revenues, is idea theft becoming a norm in Indonesia?

Chivas Hong Kong: be a man with a dream

In an ongoing branding campaign, the whiskey brand hopes to capture the hearts and minds of men who want to pursue their dreams wi..

TBWA\Asia brings on board Steve Walls for regional strategy duties

Prior to joining TBWA, Walls was chief strategy officer at Publicis Communications Singapore...

CNN International Commercial has made a new appointment in the Asia Pacific region, boosting its advertising sales team...