Mediacorp has admitted that it should have disclosed the employment relationship between a home owner and an interior design studio featured on its “Designer In The House” programme, aired on Channel 5.

The two organisations copped flak when netizens discovered that the home owner featured in the episode, Max Lee, in fact works for the company leading the renovations (D5 Studio Image). To defend its image in the eyes of consumers after the firm was chastised online for exceeding the initial budget and timeline, the studio published a lengthy statement on Facebook addressing concerns. In the statement it said,

We understand that there has been a misconception propagated recently that Lee was not employed at the time the show was filmed and produced.

“We wish to clarify that this is an inaccurate statement. We understand that Mediacorp did not make that statement,” D5’s statement read. It added Lee was indeed the owner of the house and an employee at its company, and this was a working relationship that was disclosed before filming had begun.

The statement also addressed concerns raised by netizens over whether or not the homeowners were informed of the pricing and extended timelines. To this, the statement explained that all amendments were discussed and agreed before work had commenced.

“Unfortunately, the show did not mention that the homeowners were actually consulted and well informed of all the prices and extended timeline throughout the renovation process,” the statement said.

“In light of the above, we seek your kind understanding and co-operation to be careful and exercise discretion in reading and/or spreading any form of untrue and/or malicious statements have been made against our company,” the D5 statement read.

When the team first met D5, Lee was not a staff of the firm and it was only later on that Lee had decided to join D5 as an employee.

“D5 alerted us to this prior to the commencement of filming but after some deliberation we decided to proceed, as Max and Michelle had contracted their design works to the firm before Max started working for them,” Ong said. He said at the same time, the primary purpose of bringing viewers the intricacies and challenges of the elaborate renovation process had remained uncompromised. However, he added:

In hindsight, for avoidance of doubt, we should have informed viewers of the development during the episode.

“Throughout the production we sought to be as objective and helpful to viewers as possible, covering all the important aspects of the process including cost increases and completion delays experienced by the couple, as we do in all episodes,” Ong explained. The statement also clarified that Mediacorp Studios does not give design firms or homeowners any reimbursements or incentives for appearing on the show.

It added Lee was indeed the owner of the house and an employee at its company, and this was a working relationship that was disclosed before filming had begun. Moreover, the homeowners are also consider its clients in that they signed a contract with D5 and paid it for its services.

In case you were wondering what was happening, we have you covered. Designer In The House is a programme which aims to take the viewer behind the scenes to look at the ins and outs of a renovation project from start to finish, according to Mediacorp. Each episode focuses on a different design, achieved by homeowners who are guided by professional interior designers whose services they have engaged and paid for.

Following the upload of the episode on 8 February, D5 was chastised online for exceeding its home renovation budget of a four-room build-to-order flat from SG$60,000 to SG$95,000. It also copped flak for a renovation duration delay from 10 weeks to 16 weeks. Show organisers and D5 were also called out to be misleading when it was found that Lee was an employee on the firm. Watch the episode here. 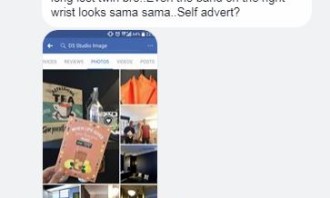 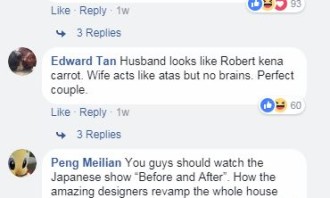 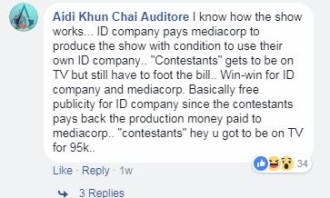 “For Season 2 Episode 3, we chose the concept submitted by D5 for its Japanese minimalist look, feel and functionality. We saw this as an up and coming interior design trend liked by young couples. Max and Michelle were the homeowners that D5 had created the design for,” Mediacorp’s Ong explained.

For Malaysians, Bazaar Ramadan is part of the culture we are proud of where all races come together for the love of food. It canno..

Samuel told A+M that while data is valuable, companies should also be mindful of data privacy regulations as well as the ethical u..

The agency’s created an entire party underwater – DJ, clubbers and all – for the brand’s message. ..