Online travelling agency Ctrip has soft-launched a new brand globally in a bid to ingratiate itself with international travellers.

The new brand “Trip.com” sees the company removing its iconic dolphin from the logo, and changing the logo’s colour and font.

It also acquired a new domain, “Trip.com”, with a different homepage format from the Ctrip.com website.

During Marketing’s Branding 360 conference, Ctrip’s general manager for international business – Hong Kong, Taiwan, Hillman Lam, said he wants to eliminate any reference to being Chinese-owned through what he called “an inside-out rebranding”.

The creative duties were handled both in-house and by Growth Ring, while media buying of the rebrand project was handled by MEC. The preparation took 3 months, and the full transition from Ctrip to Trip.com would be complete in one to two months, Lam told Marketing.

He also admitted that the OTA records more Chinese users than international ones given their 18-years presence in the country, which is why a relaunch for the global market is next on the cards.

Using Hong Kong specifically as a reference, he explained, “Unless Hong Kong people want to come to China, they won’t use Ctrip. We want to explore more opportunities.”

Earlier two months ago, the company launched an all-round Hong Kong campaign with Ruka Xing, who is a Japanese-known Chinese model. The campaign included online videos and offline billboard ads, and marked the company first viral localisation campaign before they roll-out the new rebrand. 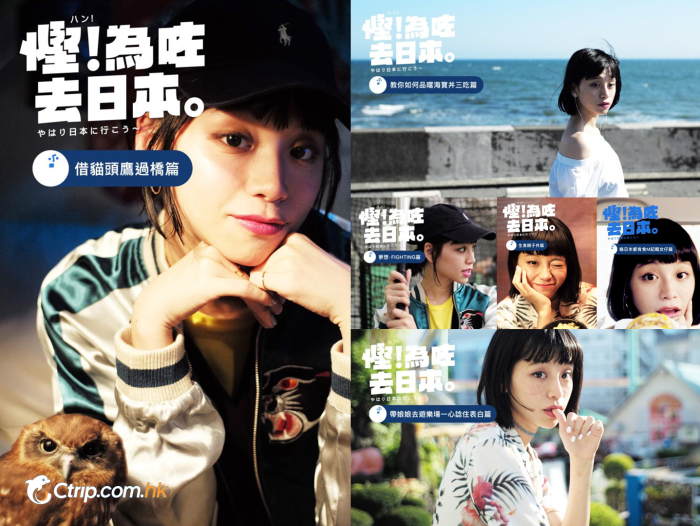 “We put the focus on tourist spots in Japan because it’s one of Hongkongers’ favourite traveling places,” Lam said. “We also specified discounts and promotions as it’s what local customers tend to care about.”

Lam said the company will launch more localised campaigns out of China to achieve their vision as a “globalised” brand.

Have a look at it’s old and new logo:

Much of its breaking news, financial features and data journalism will focus on the early-morning mobile commuters...

Gavin Lum has rejoined adidas China for the role of brand communication director for the running category...

SPRING Singapore has appointed a media agency for its lucrative multi-million dollar business...

Redhill has also made strategic hires to further its growth in the Southeast Asian region...