It’s big news this morning as Facebook buys WhatsApp for a hefty US$19 billion and news reports are discussing the worth of the buy.

But consumers are quickly raising data privacy concerns. Ryan Lim, business director, Blugrapes warns that end users should be more wary since Facebook now have access to their mobile contacts and their network of friends on mobile previously eluded Facebook.

To clarify, WhatsApp has long made a strong stand that it doesn’t believe in ads, and Mark Zuckerberg is echoing that same promise.

“Remember, when advertising is involved you the user are the product.

At WhatsApp, our engineers spend all their time fixing bugs, adding new features and ironing out all the little intricacies in our task of bringing rich, affordable, reliable messaging to every phone in the world. That’s our product and that’s our passion. Your data isn’t even in the picture. We are simply not interested in any of it.”

What about the depth of data Facebook will now have? Take for example this. Facebook’s data scientists are already cleverly making sense of all your interactions.

Check out its (creepy?) blog series on how it knows how long your relationships will last, when you’re falling in love, or going through a break up.

Here's how it looks when you're in love. 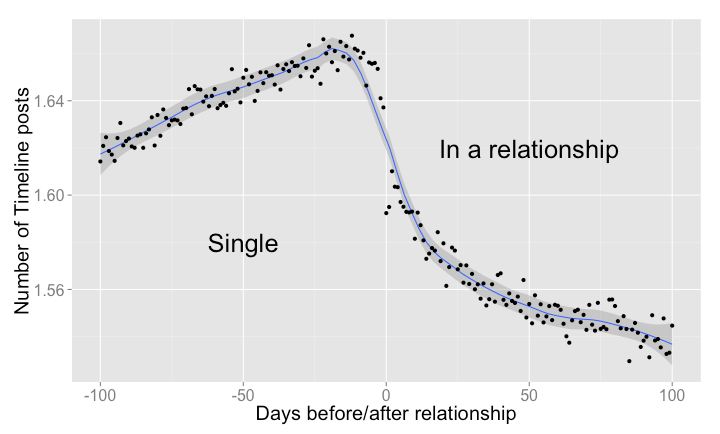 And when you break up: 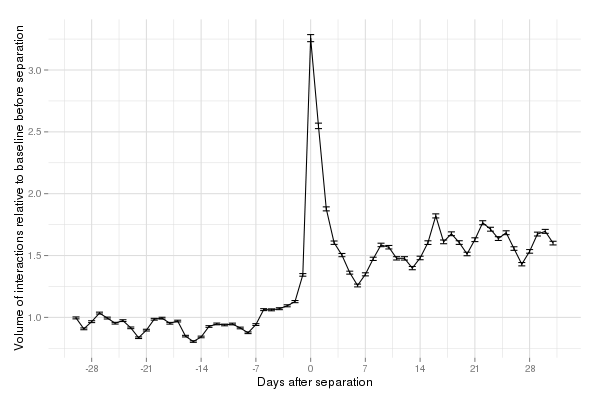 Or how about this - by now, most clever social media users would have developed a filter of sorts as to how they interact on Facebook. (If anyone needs a reminder - two words for you: Anton Casey.)

So for me, while my interactions on Facebook are fairly filtered, my WhatsApp conversations aren’t. I send emoticons, quarrel, share private jokes (you get the idea) – something I wouldn’t even do on Facebook messenger. I'm pretty sure it's the same for many users.

Yes I’m aware data is already being captured everywhere, and it was only a matter of time WhatsApp was acquired, but the reality of it happening is plain creepy.

Looks like there’s only one thing to do – you might have to get off your mobile and meet your friends in person.