Gendered marketing still exists today, and it is one of the easiest ways for brands to divide their consumers. Segmenting consumers based on genders is not only applicable to the adult population, but also children. This is especially when it involves children’s toys.

According to a recent YouGov study, of the toys surveyed, only LEGO has been found to be the most suitable for both genders. However, there is still a belief that it is more fitting for boys (79%) compared to girls (55%)

Meanwhile, 45% of the 10,747 Asia Pacific consumers polled believe that children’s toys are too gendered. More than half of the respondents (70%) also believed that it is important for children to play with an array of toys rather than gender specific ones.

Although most indicate that children should play with different toys, the results differ when asked about gendered stereotypes towards specific toys. Only 26% stated that boys should play either an easy bake oven or a tea set (23%), whereas 74% said both toys were suitable for girls. Additionally, one in 10 of the respondents think a Barbie doll (13%) is not a suitable toy for boys, while 91% indicated that it is for girls.

Of the nine countries polled, which include Singapore, Malaysia, Hong Kong and the Philippines, Indonesia is the only country where majority of respondents are very unlikely or somewhat unlikely to allow a boy to play with a Barbie doll (69%), a tea set (56%) or an easy bake oven (53%). Girls, too, are limited in the variety of toys that respondents deem suitable. Only 29% think trucks or cars are appropriate for girls compared to the 85% who think they are suitable for boys. . 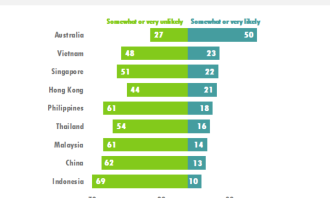 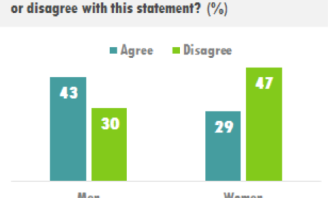 While brands might think that colours play a huge role in gendered marketing, survey results show otherwise. Only a third of respondents (36%) believe that pink is for girls and a fifth (20%) see blue to be a colour fitting for boys.

Director of marketing Joe Escobedo will lead the new division...

Watsons and UK creative agency WHAM overhaul the entire Watsons brand from in-store to its mobile and digital properties. ..

Juri Yan joins BT from F5 Networks, where she was managing director for Hong Kong and Taiwan. ..

Marketers are taking ownership of the customer journey, and their ability to integrate digital marketing channels will determine t..