Coca Cola doubled its spending in May, pushing the beverage group to the top 10 advertiser groups, according to data from admanGo.

Lion, Dairy Farm Group, Coca Cola and Nestle Group were the only advertisers recording a year-on-year growth among the top 10 advertiser groups. 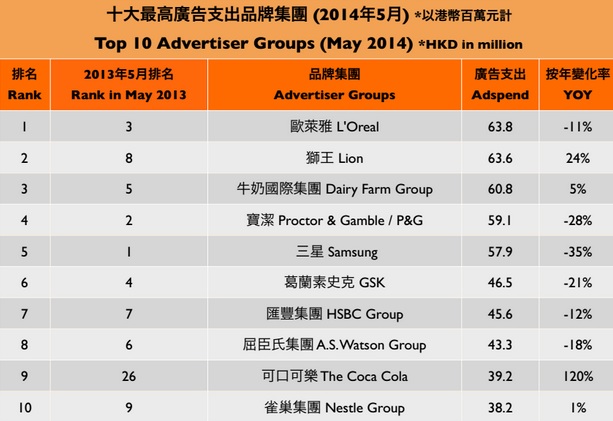 Lion was the second biggest advertiser group with a YOY 24% adspend growth. Its spend was mainly used for the promotion of Systema and Mizutori Zosan.

Adspend for free newspapers in Hong Kong dropped 6% when compared to May 2013.