Celcom looks to double its postpaid subscriber base

Celcom Axiata Bhd is aiming to double its postpaid subscriber base with a big marketing push.

According to an article on The Star, the plans were revealed as the company launched the First Blue and First Gold postpaid offerings. Meanwhile, The Edge reported that the Celcom would be launching more campaigns and products for the remainder of the year as “competition in the local telecommunications industry heats up”.

Celcom chief sales and marketing officer Zalman Aefendy Zainal Abidin (pictured) was quoted in the article saying that over the last year, the company did not reach what it had intended to.

“With these new products, it is for us to regain customers’ confidence and bring the excitement back to the brand,” he said.

Celcom is no doubt upping its game over the last few months. In October, Celcom also offered consumers an “enriched experience” with its midnight launch of the latest iPhones. To ensure their waiting in line was a pleasant and comfortable experience at the store provided comfort kits, energy drinks and snack bars to those in line.

Reportedly, in the second quarter ended August this year, Celcom had 12.34 million subscribers. There were 9.5 million prepaid and 2.84 million postpaid subscribers.

Microsoft gets onto the Hootsuite platform

How can you lead more creatively? The 4As and Astro are seeking to answer this question through their collaborative effort with th..

MEC China has named Gordon Domlija as CEO, replacing Christian Guinot, who is pursuing other opportunities within the group...

The video also features a rousing arrangement of Sejahtera Malaysia, bringing to life the hope and optimism of everyday Malaysians..

The platform is the brain child of a former Lazada Indonesia senior exec when she faced awkwardness in purchasing the product in a..

Meanwhile, the proportion of CDOs with technology field backgrounds has more than doubled to 32% in 2016... 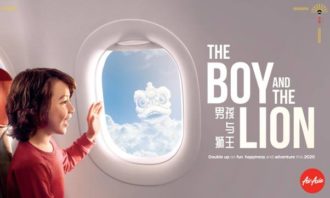