As a fully integrated media group in Malaysia, Media Prima Digital has mainly relied on traditional media for its marketing strategies.

However, with the company’s latest IP, Ejen Ali, an animation series produced by WAU Animation Studio and co-owned by Primeworks Studios, it wanted to take a different approach in marketing.

This comes at a time when there has been a steep incline in mobile penetration in Malaysia. The current generation heavily relies on engagement and interaction via their smartphones. In view of the above, the company ventured into the digital ecosystem and tap into mobile gaming to push the IP to the younger audience.

This post was done in conjunction with Media Prima Digital. The company won gold for Best App - Games/Entertainment and bronze for Best Campaign - Tablets during the recent Mobex awards.

In April 2016, Media Prima Labs released Ejen Ali MATA Training Academy, a mobile game targeted towards kids between the ages of five and 13 years. When the series started broadcasting on television, the company noticed that the viewership profile consists of a substantial portion of teens, adults and young professionals, based on AC Nielsen’s report. This was also reconfirmed by the profile of those who commented on the Ejen Ali Facebook page.

As such, the company aimed to produce a separate mobile game that would also pique the interest of this demographic and differentiate itself from the first game.

According to a GenZilla study on 13 to 19 year olds, there is a blurred line between digital and physical worlds as this group prefers to interact digitally over human interaction. Almost 79% of 13-15 year old owns a mobile phone today, and treat it as their lifeline. Moreover, another study indicated that the most common dual-screen combination is smartphone and television.

The company’s main objective was to identify ways to engage with youth on both traditional and digital media, in an omnipresent manner to ensure that they stayed connected.

Secondly, Media Prima Labs wanted to also harness and tap into the area of gaming as its popularity has increased exponentially over the last few years. Not only does mobile gaming engage the audiences, it also provides them with a form of interaction by means of watching the animation series on TV.

The company began to look into the users’ reviews of the game. It noted that most comments were on how easy the game was, which was the initial objective as it was targeted at kids. To differentiate the next game, "Ejen Ali Emergency" from its predecessor, the company ensured that it was a level-based game with a story line throughout the game to keep players engaged as they progressed through each level.

WAU Animation Studio was involved in the story line production of the game to ensure that the game was well connected to the entire season.

The company also included other characters from the animation such as Comot and Ejen Bakar to assist Ejen Ali in his mission. As players progressed through the game, the difficulty level increased and players had to control two characters to complete the level. The game combined three genres - adventure, action and puzzle, which made it all the more exciting for the audience. 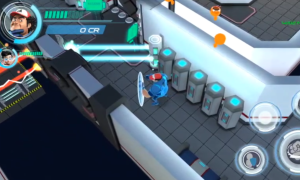 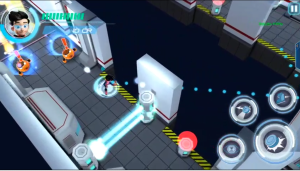 In order to tap into the current user base, the company first collated information from the initial game.  The company then addressed user issues such as the levels being "too easy" or “lack of story line” and “need for an enhanced visuals” amongst others. Media Prima Digital addressed these comments by building an isometric action puzzle-based mobile game consisting of 50 levels based on the series.

It also featured multiple characters such as Comot and Ejen Bakar, and ensured that the game is platform agnostic, thus enabling players to enjoy the high-resolution visuals and a seamless experience on both smartphone and tablet.

In a span of five months, the game garnered almost 550,000 downloads. It also ranked in the top five most popular app in the "action game" category on Google Play Store for weeks, thus reaffirming its standing and popularity in the market.

The game achieved 27,000 app installs from digital marketing campaigns and reduced the average cost per install to three times lower than the industry benchmark. The company also promoted the game during on-ground events and encouraged users to play the game on the company’s own devices.

More than 90% of the downloads were organic installs. User retention was also at a healthy level with more than half returning after seven days. The app continued to maintain a healthy app rating of 4.3 out of 5 in both App Store and Google Play Store, with a total of 2,810 positive reviews.

On top of game downloads, the company also managed to build an "Ejen Ali" gaming community base on YouTube. Fans of the game recorded their experience whilst playing it and uploaded these videos on their own YouTube channels. Some of the videos had garnered more than 538,000 views which definitely helped increase the number of downloads organically.

The success of the new "Ejen Ali" game was more evident than the first version. It became a hit as soon as it was released to the stores. The company managed to garner 550,000 app downloads, relying mostly on word-of-mouth as a medium of marketing.