British Airways' social media team has made a hilarious faux-pas of sharing flight deals for its rival, Virgin Atlantic, but decided to laugh it off. 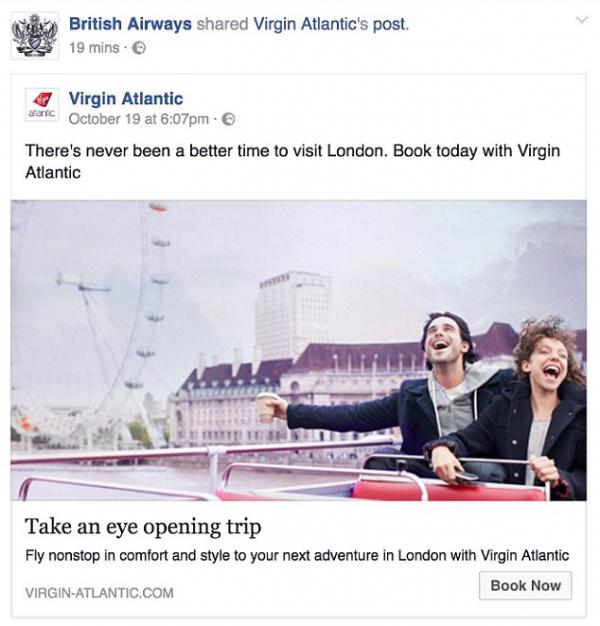 The post indistinctly garnered thousands of likes, with people writing comments and sharing the post - far too late for the team to remove it.

Virgin Atlantic surely did not miss the opportunity for a cheeky response.

"Thanks British Airways! So kind of you to share! #onethingweagreeon #flyvirginatlantic".

And just when the situation was reaching peak cringe, British Airways made light of the faux-pas and edited the post: "Finally we agree on something except for how to get there. #FlyBAtoLondon," with a link to their website.