Brands have a field day with Apple’s #Bendgate woes

By now we have all heard the new woes that has hit Apple fans with its latest iPhone 6 which can apparently bend out of shape when placed in our pockets. There’s even been a hashtag created (#Bendgate) for the new finding. (Read also: iPhone 6 + users bend it like Beckham)

Leading the Apple trolling this time around is Kit Kat. Check it out:

Last year Google also announced that its Android mobile operating system will appear on 50 million KitKat wrappers around the world – which makes this a double burn for Apple! Aside from product placement, the partnership also gave consumers a chance to win Nexus 7 tablets, Google Play credits and coupons for the candy.

Competitors LG also tried to take a jab at the new bendable feature. A little half-hearted if you ask me, but you decide:

And no way will Samsung miss out on this epic opportunity. Check it out:

Meanwhile, this image has also been making its rounds. We’re not sure if it was done by Samsung or a fan but its hilarious nonetheless! 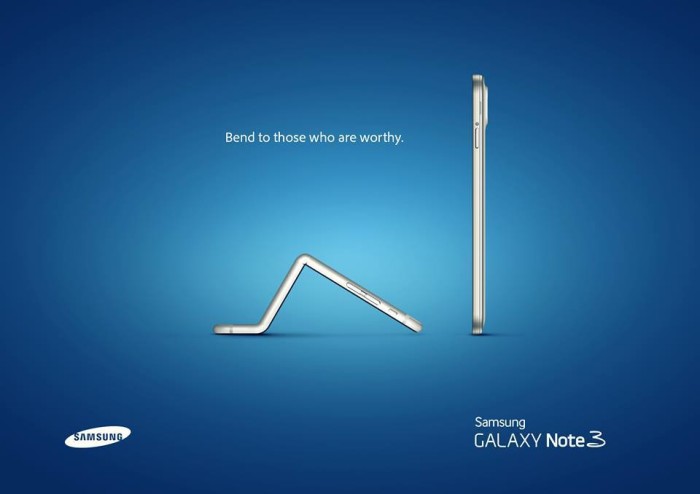 HTC and Nokia joined in the fun as well!

Designed to withstand the most demanding environments. Like your pockets. #HTCOneM8

And a hilarious one from Heineken followed soon after:

Have you seen any more jabs? Share with us below.

Chhaya moves to this newly created role, from the brand's managing partner of digital. ..

The merger will establish the Isobar brand in Perth and grow the Isobar Group to a team of over 300 across Australia and New Zeala..

100Plus, which Lee is a brand ambassador for, has said that it will continue to support him...

COURTS Asia sees 6.4% y-o-y dip in revenue, shuts 10 stores in MY since April

“We have closed 10 underperforming stores since the start of our financial year in April and continue to review our store network ..