The latest season of Game of Thrones is set to launch in a week or so and consumers are excited. The hype around Game of Thrones has rubbed on brands with many creating their own take and marrying their brand stories with the world of Westeros.

Locally in Singapore, telco StarHub used a voice over by Jon Snow to promote its new TV and content packages, and launched a new commercial with BLKJ to introduce its line-up of entertainment passes. BLKJ founder and CEO Rowena Bhagchandani explained the new offering by StarHub is one of its “biggest revamps” of StarHub TV. And so it only made sense to put two and two together.

“House Stark and House StarHub was the most natural thing for us to do to get StarHub in pole position #ForTheThrone,” she added. 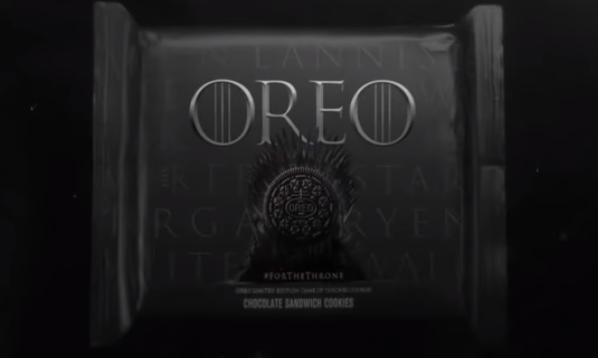 Using approximately 2,750 cookies, Oreo also created a video, depicting GoT’s iconic opening sequence.  The spot brings viewers around the landscape that was made entirely of Oreo cookies. The cookie brand had partnered up with creative agency 360i and Elastic to conceptualise and create the spot. The hashtag for this execution is #GameofCookies #ForTheThrone. Cute.

Pepsi’s Mountain Dew has released limited edition Game of Thrones cans, inspired by the show’s prominent characters. The beverage company added a teaser to its packaging, with a hashtag #ACanHasNoName. The cans wear a plain white surface when kept warm, but once it turns cold, Arya Stark’s kill list appears on the can’s surface. 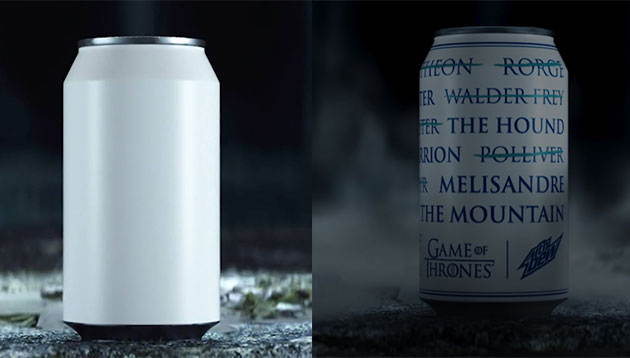 Apart from this marketing gimmick, Mountain Dew also has engaged fans online to use hashtags #ACanHasNoName, #ForTheThrone and #MTNDEWsweepstakes with a note on what they would sacrifice.

Athletes and musicians such as The Chainsmokers and Migos also did a remake of the Game of Thrones theme song.

The whiskey brand Johnnie Walker (no relation to the White Walkers) also unveiled a limited edition Scotch whisky. Like Mountain Dew’s cans, the bottle when chilled or frosted, reveals a hidden design on its packaging. The limited edition bottle utilised thermochromic ink to give fans a frosty surprise message when frozen. 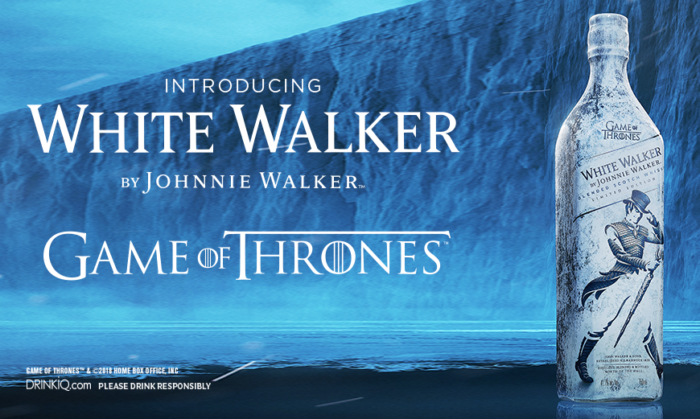 During the Super Bowl in February this year, Bud Light featured medieval-themed ads inspired by Game of Thrones. In its ad, the beer brand depicted a “Bud Knight” whose opponent was the “Mountain” from Game of Thrones. One of Daenerys Targaryen’s dragons also shows up in the ad, much to netizens’ shock.

Urban Decay collaborated with HBO to launch a Game of Thrones-themed makeup collection. The looks are inspired by House Stark, House Targaryen, House Lannister, and the White Walkers in the show. In the Urban Decay official website, the beauty brand also said the makeup collection takes inspiration from the women of the Seven Kingdoms. The collection includes an eyeshadow palette, a Mother of Dragons highlighter palette, a “Dracarys” lip and cheek tint, eye pencils and a range of bold lipsticks.

adidas has added on new colours and details to its Ultraboost collection. The colours and details aims to depict the families and warring factions of the Seven Kingdoms and beyond The Wall. Each pair features a GoT symbol and the faction’s motto on the heel tag.

Klook has introduced three new Game of Thrones-themed experiential tours. This comes as the travel agency reported double-digit growth in page views of television and movie-inspired activities. Klook will be unveiling insights about the show as fans will be brought on a trip featuring the landscape as how it looks like in the show itself. 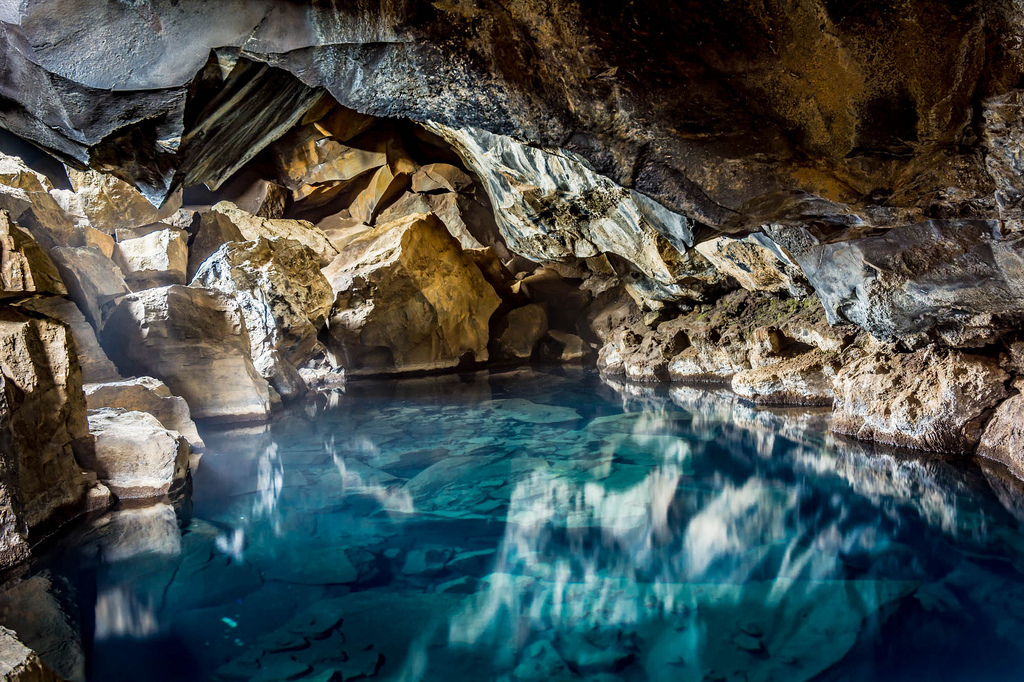 MGM Resorts has partnered with HBO to create a Game of Thrones-themed production at the Fountains of Bellagio in Las Vegas. The four-minute long projections include key elements of the show, while incorporating the show’s theme song and soundtrack. The Bellagio Fountain also went up in flames, and turning into “ice” shortly after. Silhouttes of dragons were also featured in the projections.

Seen any other cool executions? Email me at farzanahf@marketing-interactive.com.

Jim Elliott takes on the chief creative role to manage all Arnold's operation, including China...

Bates CHI&Partners has appointed Louise Kuegler to take up the role of managing director of Singapore and regional client services..

Frisian Flag is continuing its partnership with one of the largest entertainment and media company Disney. More here..

HK Magazine packs its bags for Tai Po, after some 20 years in Sheung Wan...