The BBC will invest US$44 million (£34 million) on children’s content and services for over three years, allowing the media organisation to “reinvent” its services for the next generation.

The new investment is in addition to BBC’s existing budget for its children’s programming, and will boost its online offering for the younger audiences through new forms of content and interactivity, according to the press statement.

A spokesperson from BBC told CNBC that in the face of competition from global media companies such as Facebook, Amazon and Netflix, as well as changes in media consumption among the younger generation, the BBC sees the need to “inform, educate and entertain” its audiences through different means. This investment indicates an increase in children’s media time spent online and the increasing competition for their attention. The funding will be carried out across the BBC’s children’s television channels, CBeebies and CBBC.

This move is part of the media organisation’s annual plan which aims to engage audiences with multimedia content, live online programming, vlogs, quizzes, games and apps such as the BBC iPlayer Kids. Also, the BBC said its interactive content seeks to help audiences “create, connect and share”.

“We put children’s front and centre throughout the charter renewal process and today’s announcement reflects our commitment to our youngest audiences. We’re making BBC Children’s fit for the future, maintaining our world-class channels whilst enhancing our online offer to meet the needs of the next generation,” Tony Hall, BBC director-general, said.

Alice Webb, director of Children’s unit, added that this new investment means BBC will also be able to produce a more “personal online service” that meets its audience’s changing needs.

Meanwhile, in this part of the world, the BBC has been taking steps to expand the reach of its content through different means. In March, BBC Worldwide partnered with Telekom Malaysia’s IPTV service, HyppTV, to launch BBC Player in Malaysia. The service allows fans of BBC’s programme to watch the content through an authenticated multi-genre subscription video-on-demand (SVOD) service, as well as via an app on their smartphones and tablets.

Earlier this year, it also sold 500 hours of factual content to South Korea’s JTBC cable network and struck a licensing deal with Amazon India, giving Amazon Prime members access to more than 600 hours of content from the BBC.

InterContinental hires director of sales and marketing for new launch

The Singapore Exchange is on the lookout for a new vice president for marketing and communications...

Havas Media and M&C Saatchi have won the mandates respectively. More on the wins here. ..

Tackling gender stereotype in ads: 5 steps you should be taking right now

Yes, there is still an issue. WFA has found that 85% of women say film and advertising need to catch up with the real world... 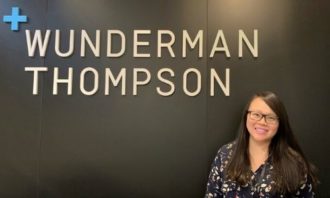