Astro Malaysia has appointed Euan Smith as its new CEO TV and group COO, effective 1 April. The appointment is part of Astro’s business and people transformation plan in view of the ongoing changes in the media and entertainment industry.

Smith (pictured below) is experienced in media operations and business transformation. According to his LinkedIn, Smith was previously the COO of Australian media company Foxtel. Prior to that, he also held the roles of director of Valonon in UK, consultant at Fox Network Group, and COO/EVP of product and operations at Sky Germany. 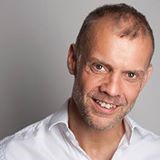 Smith also had earlier stints at KPMG and Unilever, where he helmed the role of principal consultant and company supply planning manager respectively. In his previous experience, Smith led a step-change in technology, operations and customer service, the press statement said, adding that he played a crucial role in the turnaround of Sky Germany and Foxtel. Astro declined to comment further on A+M's queries.

Meanwhile in the past year, Astro Malaysia has put a few strategies which have included differentiated services such as broadband and OTTs. The media company also said it enhanced customer experience via its new interface and its Ultra Box. Astro Malaysia has also invested in local and vernacular content and IPs, aiming to improve its customer service and curb piracy.

Just last month, Astro reported a growth in ad spend (adex) during the third quarter of its financial year ending 31 January 2020 (Q3 2020), with its radex increasing by 6% to 80%, while TV adex increased by 1% to 44%. Astro said its focus is to strengthen its core Pay TV and NJOI businesses by redefining customer value propositions, elevating customer service, refreshing and aggregating the best content and streaming services.

“We are pleased to welcome Smith on board. He comes with global Pay TV experience and will be a valuable addition to the team. He has a proven track record as a transformation specialist and we look forward to working with him to accelerate our goals," Henry Tan, group CEO of Astro, said.

Recently, Kristine Ong joined Astro after four years with Initiative Malaysia as MD. Among the list of accounts that Ong oversaw during her time at Initiative include OLDTOWN White Coffee, Maybank, Google, and Maxis.