Asiaray Media Group, an outdoor media company focusing on airport and MTR advertising, has priced its Hong Kong initial public offering at up to HK$7.02 a share. The group is issuing a total of 110 million shares globally, of which 99 million is for international placing and the remaining is for Hong Kong.

The company hoped to generate around HK$698.2 million. The new IPO marks the company's most aggressive move to take a bigger bite of the lucrative China market. Here's the ad it put out in the local media. 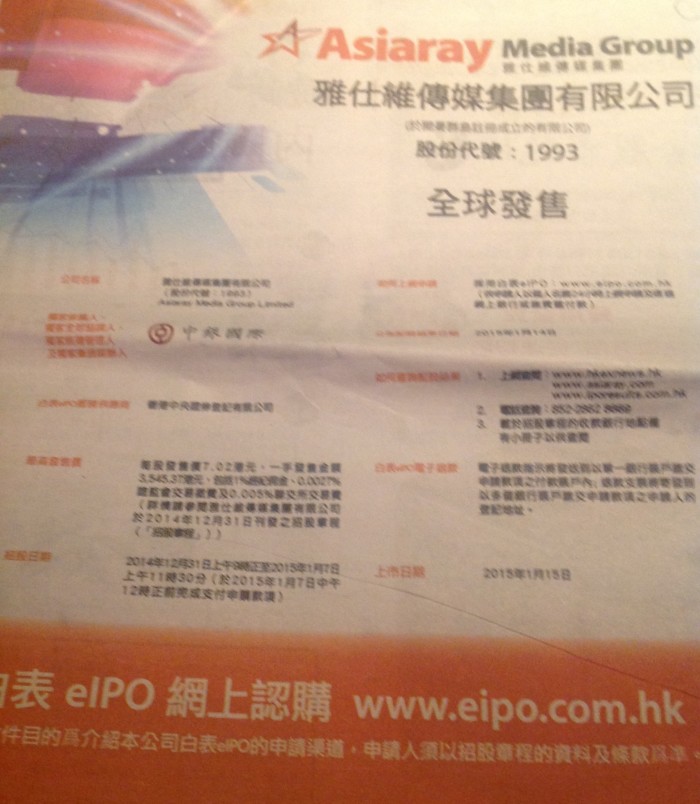 Another 38.2% will be spent to boost its metro lines offerings in China, including Wuxi, Zhengzhou, Ningbo Metro Line No.1, and Shenzhen Metro Line No.4.

The remaining 19.5% will be used for billboards developments, building solutions, working capital and other general corporate purposes. To date, the out-of-home media broker has businesses across 33 cities in Greater China with operations at 26 airports, 10 metro lines and more than 340 billboards and building solutions.