To welcome visitors to Tokyo during the 2020 Olympic Games, Alibaba has formed a partnership with Narita Airport to showcase digital artworks by Japanese artists.

Launching in March 2020 and running up until March 2021, the "Alibaba Cloud Gallery" collaboration will display digital art pieces in different Japanese art styles and present works on a variety of subjects including culture, history, and athletic achievement.  The art creations - which involve motion elements - will be shown on digital screens along nine walkways in arrival terminals one and two at Narita Airport.

The collaboration is hoped to enhance the experience of those coming to see the Olympic Games through the combination of sports, and creativity via the medium of cloud technology

The Sound of the Ocean by Noriko Kinouchi

“The Alibaba Cloud Gallery at Narita Airport, which consists of digital art presented by local Japanese artists, is the first of our efforts to elevate the experience of spectators travelling from across the globe to watch the Olympic Games," said Chris Tung, Alibaba Group's CMO.

"As this also marks our third anniversary as an Olympic worldwide partner, we are thrilled to be working with professional organisations such as Tokyo 2020 Organising Committee to transform Tokyo 2020 into a digitally-advanced event, while keeping the essence of the Olympic spirit," he added.

Alibaba has also unveiled a new logo for the games which symbolises this year’s theme of supporting future generations. The company has stated that the logo underlines its own commitment to making the Olympic Games more appealing and relevant to the new generations by supporting the event with cloud technology and expertise in digital commerce, as an effort. 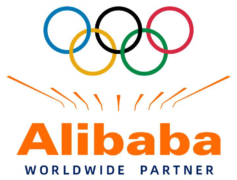 “We aim to empower budding artists with our cloud resources. In the near future, we hope to introduce more leading AI tools and multi-media solutions that have been proven successful in Alibaba’s ecosystem – such as 3D modeling, smart video editing, and posture recognition to assist the youth in Japan with their inspiration and creation," said Unique Song, country manager of Alibaba Cloud Japan.

This year's games marks another leg in the 12-year partnership Alibaba signed in 2017 as an Olympic Worldwide Partner. Back in September 2019, the company also announced its cloud technology support for the “Make The Beat!” project by the Tokyo 2020 Organising Committee to fuse audio, tech, and social media to allow fans to cheer for their favourite teams and athletes from locations worldwide.