AirAsia Group's chairman Kamarudin bin Meranun (pictured left) and CEO Tony Fernandes (pictured right) will relinquish their executive positions within the group, effective immediately, for a period of two months or such other period that the company may deem fit, according to the Bursa filing. Both individuals would be redesignated as the non-independent non-executive board members of AirAsia Group.

This comes after AirAsia and AirAsia X were alleged to have accepted a bribe of about US$50 million from Airbus as sponsorship for a sports team. The airline has since denied all allegations and wrongdoing. Tharumalingam a/l Kanagalingam, also known as Bo Lingam (pictured below), current AirAsia Group president (airlines), has been appointed as acting CEO of AirAsia Group in the interim. 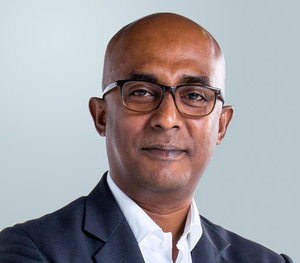 Concurrently, the AirAsia's board of directors has formed a non-executive independent board committee comprising the non-executive members of the board. The committee’s main objective will be to review the allegations therein so far as it concerns the group, and to take any necessary action based on the review. The committee has decided that in view of the current difficult economic circumstances facing the airline industry, to retain both Kamarudin and Fernandes as advisors during the two months. As advisors, they will not have executive authority within the group, the Bursa filing added.

UK’s director of the Serious Fraud Office (SFO) alleged that the sports team was jointly owned by AirAsia Executive 1 and AirAsia Executive 2 but was legally unrelated to AirAsia and AirAsia X. According to the judgement by UK's Royal Courts of Justice, Airbus failed to prevent individuals associated with the company from bribing others concerned with the purchase of aircraft by AirAsia and AirAsia X between July 2011 and June 2015.

The individuals were namely directors and/or employees of AirAsia airlines where the alleged bribery was intended to obtain or retain business or advantage in the conduct of business for Airbus. As a result of the judgement, Airbus has agreed to pay about US$3.9 billion in respect of agreements in the UK, France and the US. The news has also led Malaysian Anti-Corruption Commission chief commissioner Latheefa Koya to open an investigation into the matter. AirAsia's and AirAsia X's shares fell this morning following the news.

In a statement, Kamarudin and Fernandes said they are relinquishing their executive roles with immediate effective for an initial period of two months so as to facilitate a full and independent inquiry by AirAsia. They added that the investigation by the SFO which reportedly took four years "did not even once" reach out to them nor AirAsia for any explanation or clarification. "This is a clear violation of the fundamental legal principle of fairness and access to justice. We categorically deny all allegations of wrongdoing or misconduct on our part as executives and directors of AirAsia," they added.

They also clarified that Caterham F1, the company alleged to have been sponsored improperly by Airbus was at the relevant time a Formula 1 Racing team that had gone round the globe promoting amongst others AirAsia, AirAsia X, GE and Airbus. Throughout the period Kamarudin and Fernandes were shareholders in Caterham, the company made no profits and was eventually disposed for £1 in 2014.

From start to finish this was a branding exercise and not a venture to make profits.

"At the request of the board of AirAsia, we have agreed to continue to assist AirAsia in an advisory capacity as and when required. We welcome any investigation by the authorities as that is the only way we will receive the fairness and access to justice denied us by the SFO process todate. We will extend our fullest cooperation to them," the statement added.

Separately, Garuda Indonesia was also named in the judgement, along with Sri Lankan Airlines, Taiwan’s TransAsia Airways, as well as the government of Ghana.

Read also:
AirAsia’s Tony Fernandes shuts Twitter account due to ‘negativity and anger’
Tony Fernandes retires from all board positions except AirAsia and AirAsia X
AirAsia takes a fresh look at CNY tradition through the eyes of a child