AirAsia is giving ride-hailing companies a run for their money with the launch of airasia ride in Klang Valley. The new offering will expand into more Malaysian cities planned throughout the year. According to the company, airasia ride seeks to provide greater convenience, more competitive prices, and better income opportunities for drivers. It currently has about 1,500 registered drivers and with its nationwide expansion, airasia ride expects 5,000 more to come on board in the next six months.

Leading the new offering as CEO is Lim Chiew Shan, who said airasia ride stands out from competitors due to its position as a super app that owns an airline. At the same time, having verticals such as eCommerce, fintech, logistics and eHailing value adds to its brand proposition too.

"This enables us to leverage on airasia Group’s rich and vast data and algorithm to provide a seamless and connected journey experience for our passengers," he explained. Soon, passengers can also use BIG Points to pay for their rides. Airasia ride is available by clicking on the "Ride" icon on the airasia Super App.

Addressing how airasia ride will compete with the likes of Grab, group CEO Tony Fernandes said during the virtual press conference that this is zero-sum game. "We will be very strong in the airports and in the tourism markets. People who like our ecosystem will begin to use us," he said. He added that airasia ride does not only focus on moving people but also packages and supplements its riders. "We really look after our drivers, which is what AirAsia is all about, looking after our people," Fernandes said. 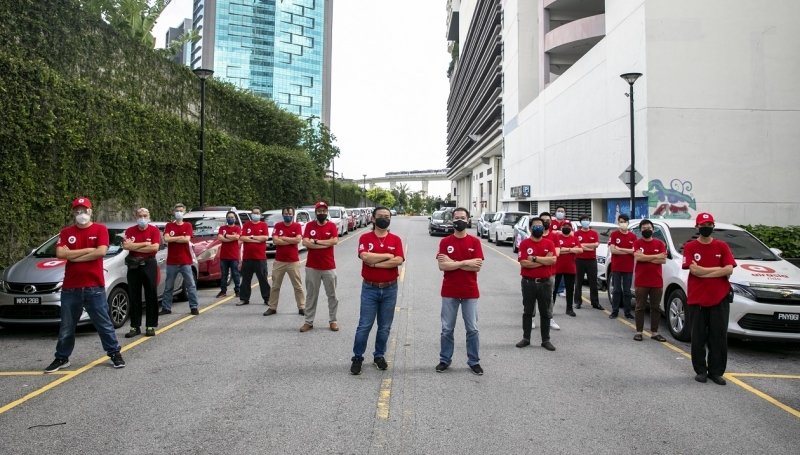 He also called the development of airasia ride an "incredible and very exciting journey" and it aims to launch airasia express soon to complete the delivery aspect of its super app. Meanwhile, Fernandes also said that airasia travel will eventually be renamed to Go Away, which will become the airline's version of Expedia and Traveloka. There are also plans to launch an education and a health offering moving forward.

Meanwhile, CEO of airasia Super App, Amanda Woo, said this is part of its continuous digital transformation journey to become ASEAN's top super app through its regional expansion into Thailand and potentially Indonesian very soon. Airasia ride will leverage on the data the company has collected in the past 20 years to offer a complete user experience to its passengers - pre-flight, during flight and post-flight.

Woo added that there is also the potential for airasia ride to integrate with its logistics arm Teleport, to complement the logistics and delivery services. "Another exciting product innovation in the pipeline is a partnership with electric vehicles to spearhead the drive for sustainability in mobility for ASEAN," she added.

Teleport recently acquired Malaysian online food delivery platform Delivereat for US$9.8 million. The deal values Teleport at US$300 million and Delivereat’s founders Leong Shir Mein and Tan Suan Sear will be joining the management team at Teleport and airasia digital. Fernandes first shared plans about entering the ride-hailing business in March this year during an interview with The Edge. Fernandes, however, did not elaborate further back then.

Last November, the company bit into the food delivery scene with the official launch of airasia food. Since then, it has rolled out into Klang Valley, Penang, and Singapore. Meanwhile, it also doubled down on its position in Southeast Asia by acquiring Gojek's Thailand operations in an all-share deal worth US$50 million in total. Moving forward, the airasia brand will be promoted aggressively in Thailand while the Gojek brand will no longer carry any prominence in the market.