As a very eventful 2016 comes to a close, the year's happenings have sparked conversations and a movement for change globally. Hence it is difficult for brands to pre-empt which are the conversations they need to be on to connect with consumer sentiment.

According to a new Future 100 report by J. Walter Thompson Intelligence, here are the top 10 marketing and advertising trends marketers need to know to be prepared for the fast-approaching 2017 year. According to the folks at JWT, markets that have long been overlooked or misunderstood are about to get their due. Brands need to also address the large and growing disabled population and returning their focus on the generation X folks.

According to the report, more than half a million people are now streaming their own video game play or watching others on media platform Twitch, which was acquired by Amazon in 2014. This has seen brands such as Coke, Pepsi, Bud Light, Pizza Hut, Old Spice, Totino’s and Red Bull recently jumping on the gaming hype, said the Wall Street Journal which the report quotes from.

While most ads on Twitch are traditional TV-style commercials, some brands are starting to include custom integrations with the platform. Netflix for example, during the promotions of its series Stranger Things, set in the 1980s, engaged prominent members of the Twitch community to play and stream video games in a 1980s-style basement.

Meanwhile, USA Network show Mr Robot, created a three-day live-streamed event on Twitch. The event saw the re-enaction of one of the show’s central plot points – the deletion of debt – and saw US$100,000 worth viewers’ debt being paid off during the execution. The agency behind the activation was digital and physical experience agency ISL.

With virtual reality (VR) headsets becoming more affordable such as Google’s US$79 Daydream View or US$29 Xiao Mi VR, the report notes the increasing accessibility of VR. This is despite the technology still being in the early adoption stage.

While VR may be seen as a fringe content platform now, the report notes that according to Greenlight Insights, the industry might bring in US$38 billion in revenue by 2026.

Moreover, according to a joint study quoted in the report by YuMe and Nielsen, VR ads are said to garner 27% more emotional engagement compared to 2D ads. Hence companies which are already playing in this space are likely to come out on top next year.

Some companies already experimenting with creating branded content for VR include North Face and BMW. Meanwhile in Singapore, brands such as Audi have started utilising the technology in ad campaign activations.

Meanwhile in the publisher space, Gannett ran VR ads in October 2016 on its virtual reality talk show, VRtually There. The show saw users being transported to a cube-shaped room playing a 15-second Toyota Camry ad.

3. Rise of the Single Lady

2017 will also see the rise of the single lady demographic, which are regarded as a powerful consumer force.

According to JWT’s Intelligence report, women are often placed into marketing demographics such as “mother” or “wife”, in the process leaving our certain consumer groups such as single women. This is a common problem which detracts from the women experience and alienates female customers from brands.

Some brands which seen success in starting conversations about young, single unmarried women is P&G skincare brand SK-II which showcased three young women and their parents in a documentary-styled ad in April. This challenged perceptions of singlehood and garnered 2.7 million views on Chinese social media within just a few days.

The report explains that the approaching age of the single lady will challenge and shift how marketers think about women overall and acknowledging them as “full human consumers”.

Product designers are also shifting away from packaging stereotypes and taking inspiration from products of other categories.

One brand which has done this is Moschino Fresh (pictured below) which took the appearance of a household cleaning product. Other products include Super Elixir by WelleCo which is stocked in retail stores under both beauty and food. 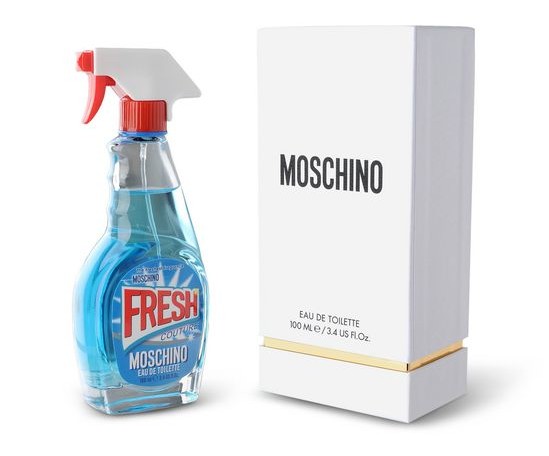 The report explained that marketers need to now reconsider where their products can sit in the retail shelf space by rethinking packaging first. Food brands can be marketed in the beauty segment, and beauty products and adopt the form of cleaning products. This will help maximise its presence in the retail space.

5. Generation X will come into the spotlight once more

With Millennials, baby boomers and generation Z consumers getting all the attention in the consumer space, the report states that members of Generation X (aged 30 – 55) will start to come into the spotlight once more.

Quoting media professionals and industry veterans, the report classifies Gen X women as highly engaged users when it comes to beauty products. It also noted a gap in the market between what is being talked about within the peer group, versus what is being targeted to them in the media and by brands.

This generation of consumers are seen to be an important group of influence, sandwiched between different generations and being decision makers. While they take care of their elders, they are also raising members of Generation Z.

2017 will also see more unexpected platform tie-ups to push forward unconventional and provocative campaigns. This is through dating apps and platforms, which provide the reach and engagement those brands, crave in their campaigns. This signals a trend towards brand partnerships with dating sites.

Meanwhile, dating app Happn tied up with Fiat and charities such as Equality Now, Plan UK and Art Fund on social-good campaigns. The location-based app also has the benefit for potential contextual data.

Tinder, with an estimate of 50 million users, has also done campaigns for brands such as Calvin Klein, Budweiser to capture the lifestyle segment.

Social gay app Grindr, which has more than 10 million users, also created its first capsule fashion collection to raise awareness and funds for LGBT athletes. It also teamed up with London designer JW Anderson and streamed his fashion show.

With election victories for Brexit and Donald Trump shocking most of the world and exposing social tensions within respective countries. It is now increasingly harder for brands to remain neutral politically.

The report adds that sitting on the sidelines will risk brands missing out on important conversations or worst – alienating consumers who seek alignment with a brand’s values. It will see consumers looking to brands to stand up for certain values.

Although this may be a step too far for mainstream brands, others may look upon it as a strategy of aligning the brand with customers who share a belief system.

8. Feminists will want brands to pay more than lip service

With more movements in Hollywood, Silicon Valley and the advertising world for gender equality, the report states that 2017 will see more brands highlighting their commitment to ownership structures, supply chains and staff that are either exclusively or proportionately female. Some brand will even use this as a selling point.

Female consumers will look for brands to pay more than just lip service to feminism. An recent example includes H&M’s hyper-inclusive ad campaign copping flak by some due to the brand’s reliance on low-paid female labour in developing countries.

Hence brands need to be consistent throughout its supply chain to stand out.

9. Marketing to the disabled

Globally, the disabled population is much larger than most marketers would believe to be. This population coupled with their caretakers and families will see many opportunities for brands to connect and help meet the needs of these segments.

According to the report, there is huge opportunity for brands to promote empathy toward the disabled. As this segment becomes more conscious of a share identity – its market share will also grow. However, the report said that it is still very early days for visibility for the disabled including in the ad industry.

Quoting Josh Loebner, director of strategy at Tennessee-based agency Designsensory and a member of the advisory board of the Global Alliance for Disability in Media and Entertainment, the inclusion of disability in advertising is imperative to better educate, interpret and accept PWDs as a viable part of the economy, community and culture.