Big companies are often likened to enormous ships that remain adamantly adverse to the idea of sailing even slightly off-course.

Most large corporations, unless they purposely foster a culture for creativity, are not frequently associated with crazy new ideas and awe-inspiring innovations. 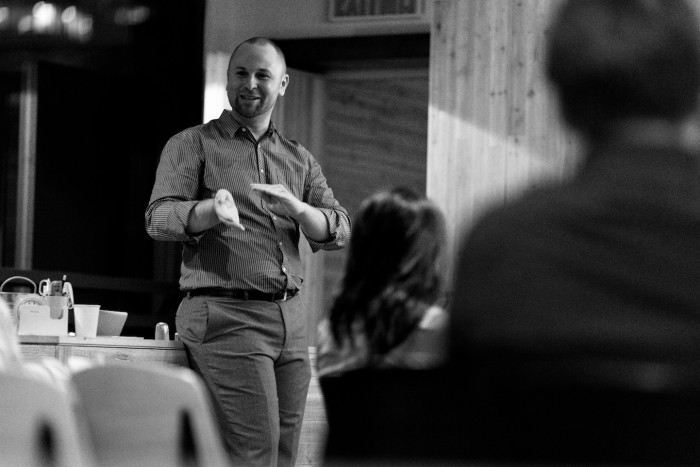 Marketing spoke to Kristin Low, founder of On-Off Design & Technology, who shares his insights into why sometimes big organisations need to change their ways to change their seemingly destined fate of not being cut-out for creativity.

1. Big companies forgo creativity for the sake of control

Big organisations have evolved to resist change and ensure the ability to repeat and scale operations, all for the sake of maximising control.

But when the time comes to change and adapt to a dynamic business environment, creativity within such organisations can only come at a huge cost.

"Imagine the big company as a towering ocean liner. If it is sailing through smooth seas, control makes a lot of sense because you can ensure a smooth ride and get as many people from point A to point B," Low said.

"But when the seas become turbulent, then having control doesn't help you react to all the change happening around you because you are locked into a certain course."

2. Employees stick too rigidly to their job descriptions

We all know why we have job descriptions - they are there to tell people their scope of work. However, job descriptions also limit people's ability to innovate within a large company precisely because their job roles seem set in stone.

Low said, "After introducing job descriptions, the 'not-my-job' syndrome starts to spread like a virus throughout the business. Gaps start popping up between the job descriptions and yet no one is responsible for these gaps."

Rather than acting as a finite list of bullet points, job descriptions should be treated as fluid.

Most innovation in large companies are categorised under the broad heading of "creative", a label usually used to denote innovations in marketing and advertising.

"The result is innovation that delivers thin amounts of value, both to customers and the business - there might be a novel cross-channel campaign here, a thoroughly thought-out social media strategy that's impossible to implement there," Low said.

"Innovation of this style creates little in terms of genuine business impact. It becomes more of an act of entertainment."

And while financial returns matter for innovations, validated learning - about what works and what doesn't in the business - are also important.

4. Agencies are dead: going outside the company to find "creatives" is not the solution

Tradition says if you can't find creative talent within the business, then you should look outside the company and usually to agencies to outsource the creative work.

Low said, "But everyone can be creative and creativity needs to be applied to everything - being innovative is everyone's job within the organisation."

He believes the agency is dead.

"People have long been prematurely predicting the death of marketing - and I don't think we're there yet - but for those working in agencies right now, especially in digital, probably feel like marketing is holding a gun to the head of the agency," Low said.

"Briefs are opaque, projects usually inadequately measured, and the deliverables are usually impotent in their ability to change anything in particular.  Does this product need to exist? They are just selling static products with low conversion rates."

But many clients are not yet ready to let agencies go because they are hampered by their own lack of maturity in terms of delivering creative work and the unavailability of talent.

Another barrier to creativity on the part of agencies is the lack of clarity in what the client wants.

A common frustrating process is where although clients don't know what they are asking for, they go to agencies with a specific request. Agencies may come up with fantastic ideas to fulfill this request only for the client to think more clearly about the problem they need to solve, changing the direction from the original brief.

This learning process on the part of the client creates considerable grief for the agency, which is then unable to implement the creative ideas they originally came up with.

5. There is a lack of available talent in Hong Kong and Asia

The education system is seen by Low as the main culprit for the lack of available talent in Hong Kong and more generally, Asia.

This is because it focuses excessively on implanting information in students' minds even though they have access to a wealth of information on the cloud through smartphones and laptops.

"Education in Hong Kong is almost completely dysfunctional. Institutions are creating young adults who are almost completely incapable of adding value to most businesses in all but the most mundane ways," Low said.

You can't Google a new perspective: that's a reflective act. Instead, the focus needs to be on helping people learn how to think and use their minds."

Because high quality education steering people towards creativity and instilling in them a kind of maturity that allows them to accept risk as a necessary part of growth is missing, the same is lacking in the business world.

Part of the solution may be for businesses to take a stronger role in education, such as introducing older forms of education like apprenticeships, rather than assuming that a fresh graduate with a three- or four-year degree can automatically think creatively for your business.

6. Steering away from fundamental questions towards small changes that give immediate returns

One type of innovation is to innovate around what the company is already doing - making it faster, strong and better.  This happens on a smaller scale and does not touch upon existential questions because the business and the product remains the same albeit improved.

In contrast, driving large-scale innovation is about asking hard questions such as how things are done, what should be done next and what products should be offered.  It's about changing and designing the business.

This type of large-scale innovation is much harder to implement, which is why large companies tend to gravitate towards innovating around its existing offerings and organisational structure.

7.Creative marketing hasn't caught onto the new shift towards personalisation

Since the industrial revolution created mass manufactured and standardised products, marketing these products was about getting as many people as possible to buy it.

Today, the trend is shifting back towards personalisation because technology makes it possible to tailor things to the individual.

This applies to commodities across sectors, from 3D printed custom jewellery to services such as Airbnb.

8. Big companies aren't focusing on having a good product in the first place

"What design does now, is marketing done really well.  Marketers do everything to get attention and to make people want things," Low said.

"Design is about making things people want - working on the assumption that people are already paying attention to the product because it fulfills a dire need."

Also, because the consumer is constantly bombarded with marketing messages, it's difficult to capture their attention and sell products in this kind of environment.

"If you want someone to look at everything, they are simply going to tune out your message," Low said.