On the other hand, online stars are becoming increasingly important in Hong Kong, local Youtuber Ming Jai (銘仔) cracked the list at number 11, demonstrating that the next generation of digital creators can command as much attention online as traditional film and music stars.

The study, conducted by alivenotdead.com and Lamplight Analytics, represents an artist’s effectiveness on social media across Facebook and Instagram. The ranking takes into account online mentions and social media engagement such as comments and shares.

While social media is often tapped as an indicator of a star's power, social media reach and engagement are the new metrics that the next generation of artists and stars are using to justify their worth to receive brand endorsements, make celebrity appearances and capture roles in films and TV. 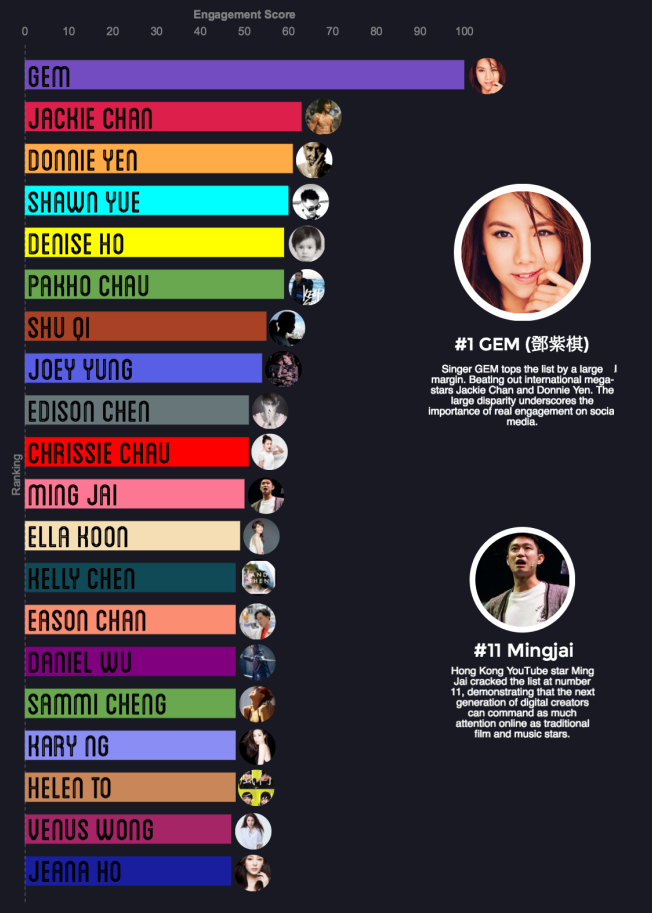