The social, digital and mobile ecosystem in China is unlike anywhere else on earth.

Understanding what makes online users tick can often be a fine line between huge, mind boggling growth and big digital investments which lead to nothing.

Continuing its series of reports on social, digital and mobile around the world, strategic social marketing consultancy We Are Social has published new stats and behavioural indicators for the world's largest digital population, China.

Here are 10 key takeouts from the wide-ranging study.

1. China’s 618 million internet users represent 45% of the country’s population and account for almost a quarter of the world’s internet users – for reference, here are the latest global stats: 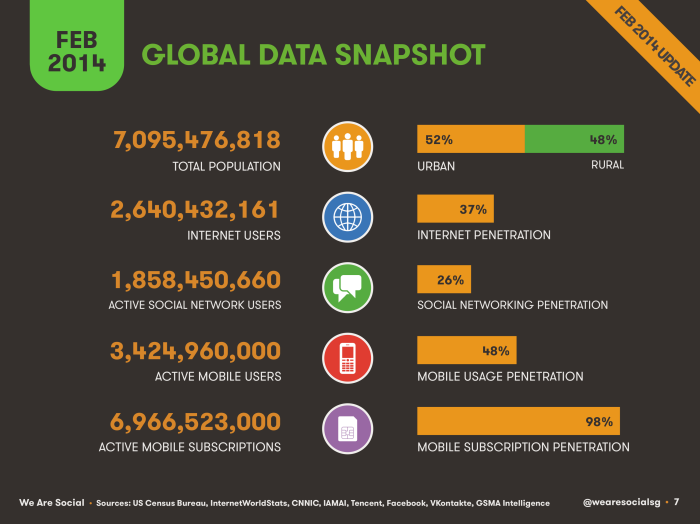 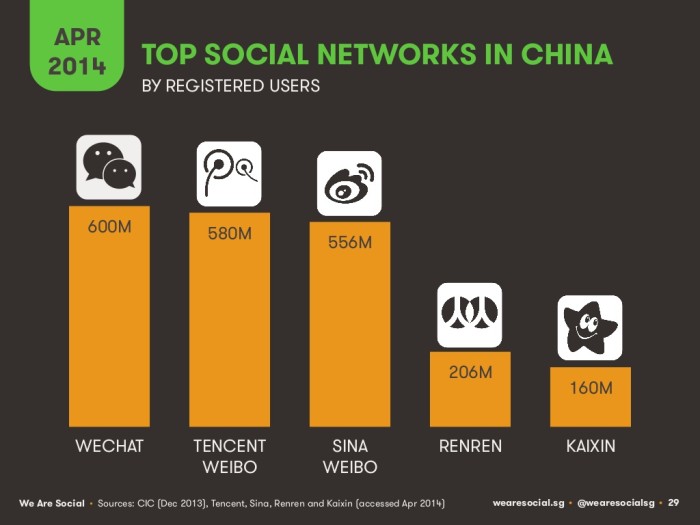 5. Western social media sites in China are starting to amass big audience numbers. Facebook, a blocked site in China, has around 820,000 users. LinkedIn, which is not blocked, has over 4 million.

6. The number of mobile phone subscriptions in China is 1.24 billion – that’s more than six times the population of Brazil. Some 700 million phones are active smart mobile devices.

7. 81% of the country’s internet users access the web via mobile handsets.

8. Online shopping as a whole is hugely important to China’s economy, contributing almost US$300 million in 2013 alone. Group buying is particularly popular and was the fastest growing online activity, with a growth rate of 69% in 2013.

9. The number of people using mobile taxi booking apps each month is 23 million. 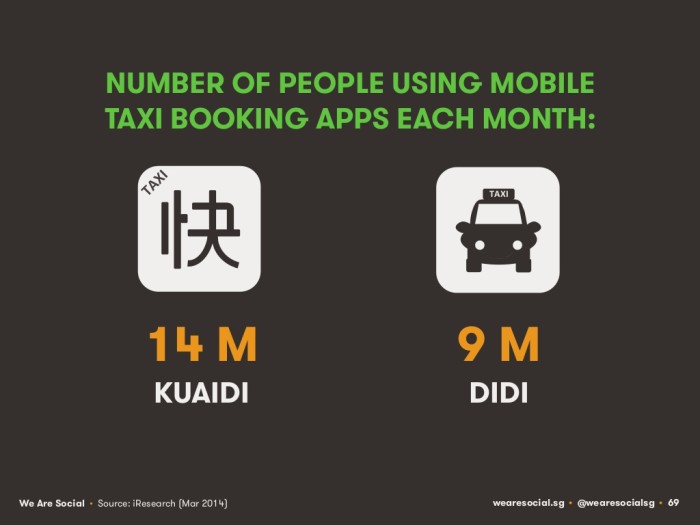 10. More than 300 million online shoppers in China spent a collective $296 billion in 2013 alone, mobile shopping represented 9% of the market.

You can also see We Are Social's full China report and commentary online.